WATCH: Bhunveshwar & Harshal Reveal Their Thoughts While Defending 29 Runs In Last Over

In India's eight-run win over the West Indies at the Eden Gardens on Friday, Harshal Patel and Bhuvneshwar Kumar joined forces to defend 29 off the last two overs to give a series win to the hosts 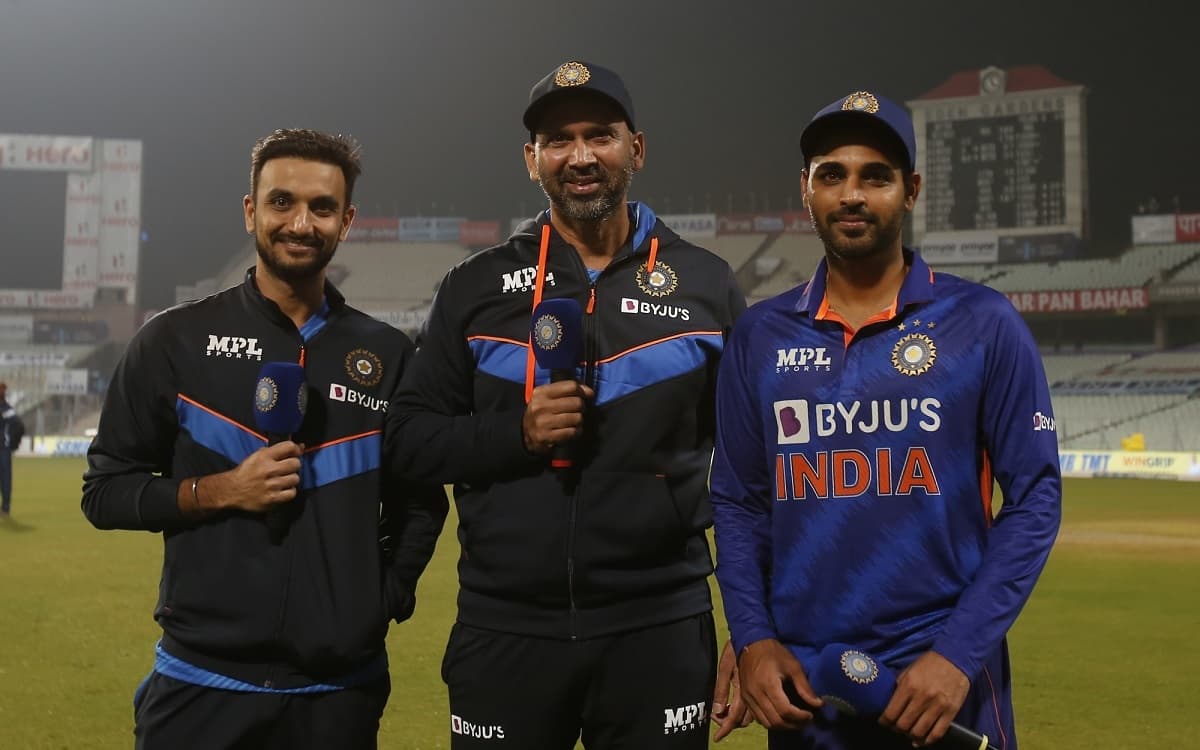 In India's eight-run win over the West Indies at the Eden Gardens on Friday, Harshal Patel and Bhuvneshwar Kumar joined forces to defend 29 off the last two overs to give a series win to the hosts.

With dewy conditions, Kumar took out Nicholas Pooran and conceded just four singles in the penultimate over. Patel, who gave just eight runs in the 18th over, then closed out the match by giving 16 runs in the final over to seal a narrow win for India.

"Bhuvi (Kumar) had made my job easy in a way. I only had to bowl two dot balls (in the final over). But I knew, looking at these guys, they could hit four sixes, which is not difficult for them. I had thought that I wanted to bowl yorkers and keep Powell away from the strike because he was well set," said Patel in a video chat with bowling coach Paras Mhambrey uploaded by the BCCI on Saturday.

"First and second balls executed well but third and fourth did not as the ball was marginally ahead. I know how powerful they are but I was confident about the execution and was not confused about it that point. Overall, I am happy with my performance," added Patel.

Quizzed about his thought process in the 19th over, Kumar explained, "There was definitely pressure bowling the penultimate over. I saw that West Indies needed 29 runs to win in last two overs. My thought was to not give more than 9-10 runs and that it will be a good over because the probability of defending 15-20 in the last over is a good one.

"Rohit (Sharma) had said the same thing and, in my mind, then it came that I don't have to give more than eight runs. Luckily, the over went quite well and I conceded only four runs. Whatever I tried -- yorkers, slower bouncers -- they were executed well."

Kumar disclosed that the plan to not bowl slower balls to a rampaging Rovman Powell came from seeing how he fared against fellow pacer Deepak Chahar. "I kept myself blank in mind and had decided that I would not bowl slower balls to Powell. (Deepak) Chahar tried that against him in the previous over but the ball did not grip. I backed myself in the mind to bowl yorkers, not slowers and luckily I managed to execute the yorkers well."