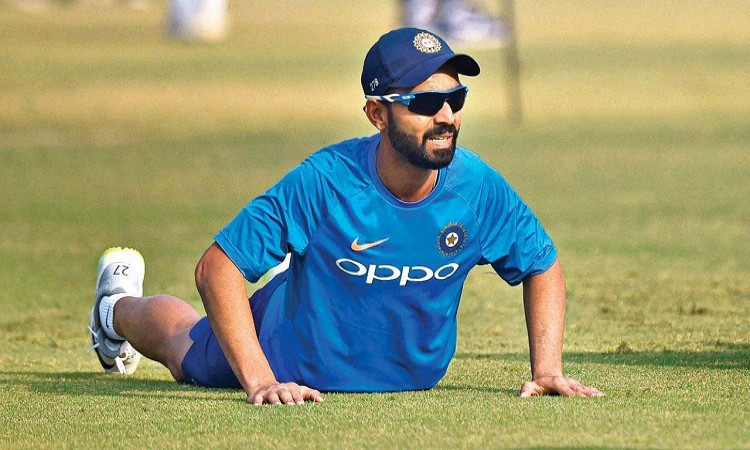 Ace batsman Ajinkya Rahane has said that he had a good record in ODI cricket before he was dropped from the Indian squad. The 32-year-old, who is deputy to Virat Kohli in Test cricket and one of the first names in the team for the longest format, has suffered fluctuating fortunes in his limited-overs career and now he has said that he was expecting to play in the 2019 World Cup in the no.4 position.

The position had been an Achilles' heel for the team going into the tournament with a number of players trying and failing to stake a permanent claim on it. "I was actually thinking that I would be there at the World Cup batting at no.4," Rahane said in a virtual interaction with the media on Thursday.

"But it's gone now, you can't think too much about it. My aim is to come back to the ODI team and do well in white ball cricket which I am pretty confident about.

"I was playing county cricket when the World Cup was happening. As a player everyone wants to be part of the World Cup team, especially when you know you have worked really hard and your past record is good," he added.

Rahane said that he prefers to concentrate on things he can control and for now, he is focussed on doing well for his Indian Premier League side Delhi Capitals in the upcoming edition. Rahane is currently in the UAE, spending the mandatory quarantine period before the teams can get together for practice ahead of the tournament which starts on September 19.

"I am really positive, I believe in myself and it is all about that I feel. Having that faith in myself and just working hard which I have been doing. I am sure that I will be back in white ball cricket," he said.