Was Disappointed When I Didn't Get To Play: Rahane

Senior Delhi Capitals(DC) batsman Ajinkya Rahane has revealed that he was disappointed when he didn't get to play for the franchise in the early parts of the IPL 2020. 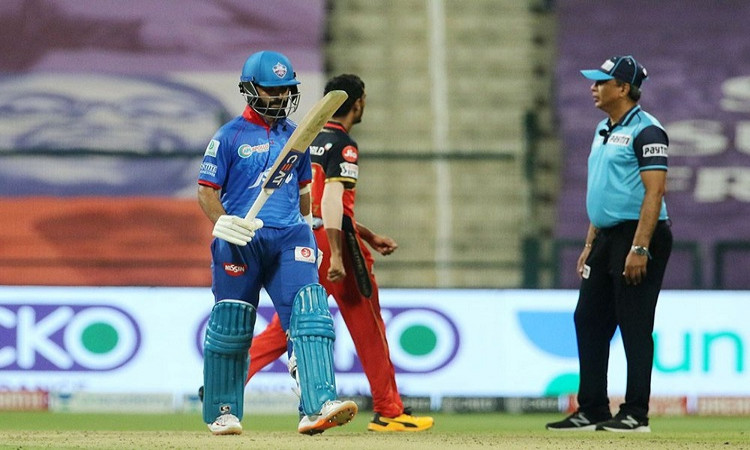 Rahane has played just six games in IPL 2020, scoring 111 runs in the process. However, on Monday evening, he was back to his stellar form as he scored a well-compiled half-century which helped Delhi beat Royal Challengers Bangalore by six wickets and end the league stage at the second spot.

The right-handed batsman scored 60 valuable runs and along with Shikhar Dhawan (54) anchored the chase for the Shreyas Iyer-led side at the Sheikh Zayed Stadium.

"Finally, I got a chance to play. I was disappointed when I didn't get to play. However, it felt good after contributing to the team's win, and enjoyed batting with you (Dhawan). The way you batted I learned a lot," Rahane told Dhawan during a chat for iplt20.com.

"Ricky (Ponting) told me that I am going to bat at number three and I felt that a good opportunity is there. It was a challenge for me in a pressure game like this. As a player, if you contribute in the crunch situations you feel good and when the team wins, the joy doubles," he added.

Dhawan, who has been in tremendous form in the tournament having scored 525 runs from 14 matches, said: "There was pressure on us because we knew we had to win this game, especially after having a great start to the tournament but then we lost a few matches."

"I am very happy that we have ended the league stage at the second spot. And now hopefully we will take the trophy winning the final match on November 10," he added.

Delhi will face table-toppers Mumbai Indians in the first Qualifier on Thursday.