Virat Kohli sweats it out ahead of West Indies clash 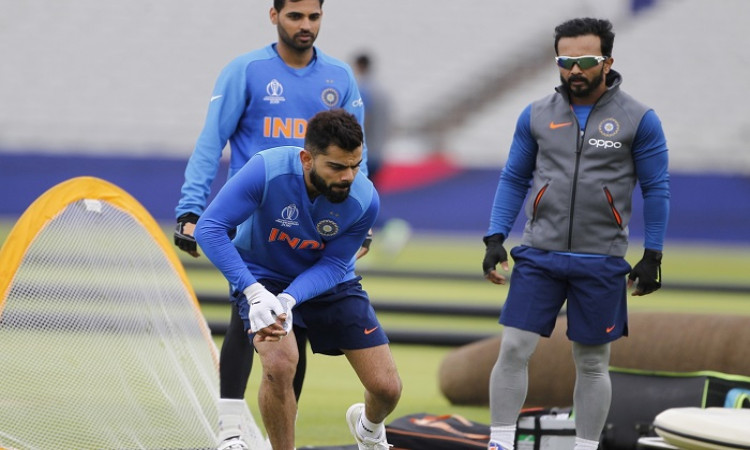 Manchester, June 25 (CRICKETNMORE) The Virat Kohli-led Indian team is currently unbeaten in the ongoing 2019 World Cup and the skipper is leaving no stones unturned to keep the winning momentum going. Even though the players have been given a couple of days off after the win over Afghanistan, Kohli has been sweating it out in the gym.

In the short video, Kohli is seen lifting heavy weights and the skipper captioned it saying: "No days off. Nothing can be done without hardwork."

Kohli, known to be one of the fittest cricketers in modern day cricket, has been credited with bringing in a change in the approach and attitude of the Indian players when it comes to maintaining top-level fitness. While he was alone in this video, he often shares pictures and videos with teammates from the gym sessions.

In their five matches so far, the Men in Blue have won four with the game against New Zealand being washed out. Placed third on the points table, India will now take on the eighth placed West Indies in Manchester on Thursday before locking horns against tournament favourites and hosts England, Bangladesh and Sri Lanka on June 30, July 2 and July 6 respectively.