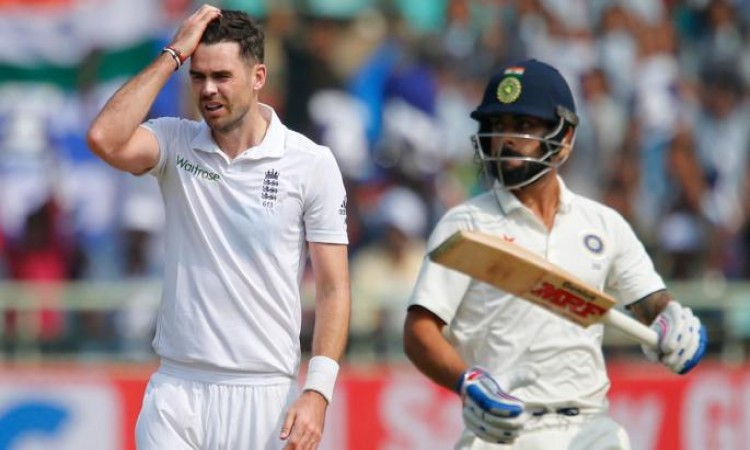 After bowling out the hosts for 180 in their second innings at tea, Indian batters once again failed in the second innings as apart from Kohli, no other batsmen stood up to the occasion and went back cheaply.

Kohli and Dinesh Karthik (18) were at the crease when umpires dislodged the bails for the day.

India's star off-spinner Ravichandran Ashwin, who dismissed former skipper Alastair Cook for a duck on Thursday evening to leave the hosts reeling at 9/1, started off the proceedings on Friday and immediately succeeded in packing back an in-form Jennings, caught beautifully by Lokesh Rahul at second slip.

Struggling at 18/2, Root along with new man Malan played out Ashwin watchfully but the offie constantly kept asking questions before prevailing over the English captain.

Root fell while trying to pull Ashwin only to find the ball landing in the safe hands of Rahul at leg slip before Ishant joined the party in rocking the English line-up.