In the ongoing 3rd test match against South Africa, all Indian batters looked helpless in front of the African bowling attack. However, captain Kohli stood his ground and scored valuable 79 runs, courtesy of which Team India crossed the 200-run mark. However, before he was dismissed by Rabada, there was a moment earlier in his inning where he may have been out! 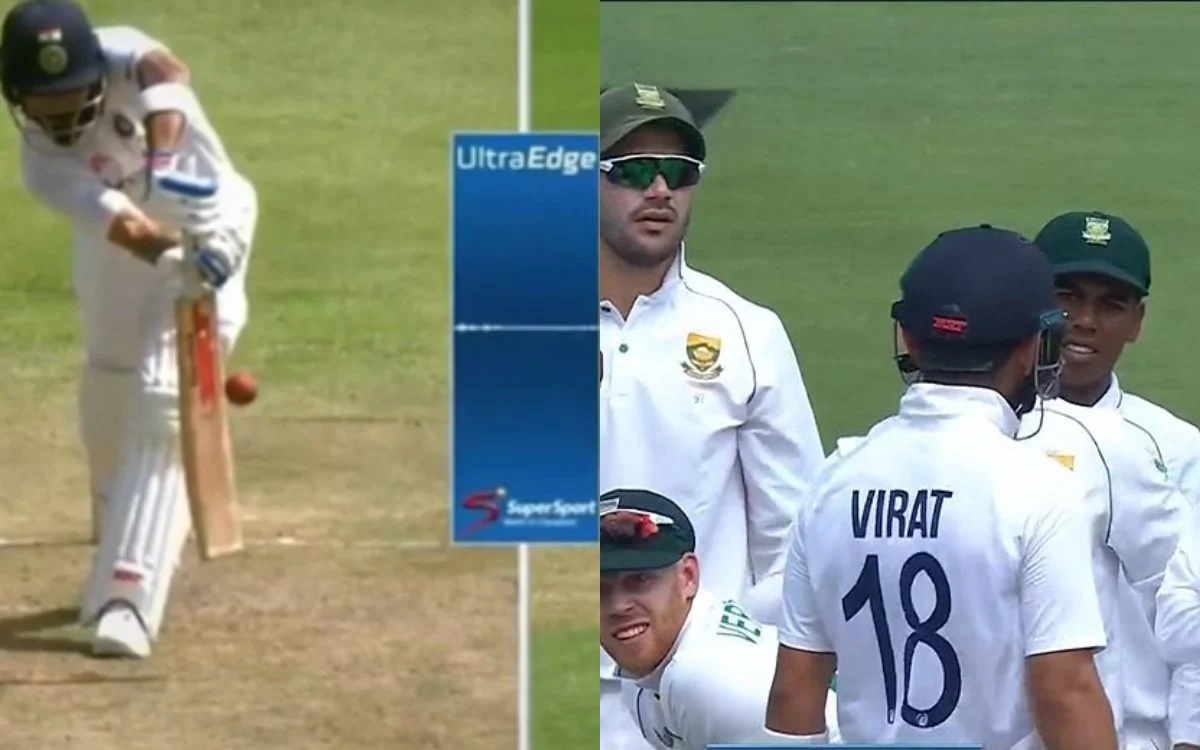 This incident happened on the 4th delivery of the 52nd over, which brushed Virat Kohli's thigh pad and went straight to the keeper. As soon as Virat missed the ball, the South African players fielding in the slips started appealing. However, the umpire adjudged Virat Kohli not out.


'As You Get Older, Don't Know What To Feel' Says Rahul Dravid On His 49th Birthday

South African wicketkeeper Kyle Verreyne advised captain Dean Elgar to take the review and the captain obliged. On the first replay with Ultra Edge, it looked like Kohli had actually edged the ball. A loud cheer from African players was heard during the replay as there was a very slight spike on the Ultra edge metre. However, after watching the replay again the umpire decided that the ball didn't actually hit Virat's bat's edge but brushed from his thigh pad instead.

After seeing this, Dean Elgar and other South African players were very disappointed and they seemed to ask Virat about the edge. To this, Virat seems to be engaging in an argument as he didn't edge the ball.