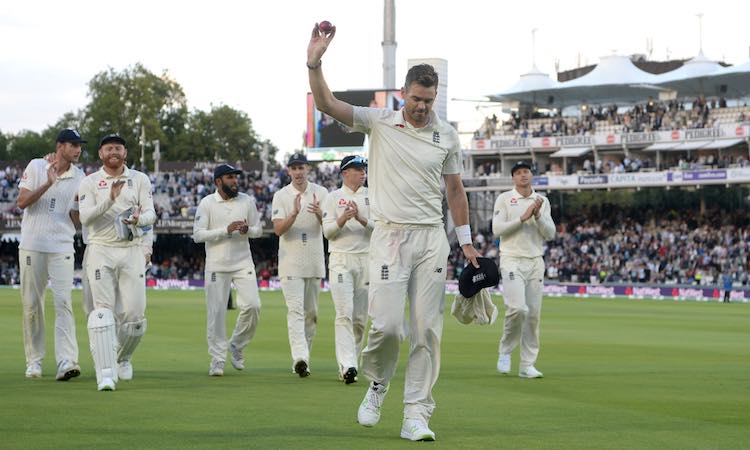 Aug.13 (CRICKETNMORE) - James Anderson has become only the seventh England bowler and the first in 38 years from his country to breach the 900-point mark in the ICC Test Player Rankings after an excellent performance in the second Test against India at Lord’s, which his side won by an innings and 159 runs to take a 2-0 lead in the five-match series.

Anderson, England’s all-time leading wicket-taker in Tests with 553 scalps and the only one to claim 100 Test wickets at Lord’s, is the first England bowler to breach the coveted mark since Botham touched 900 points in August 1980.