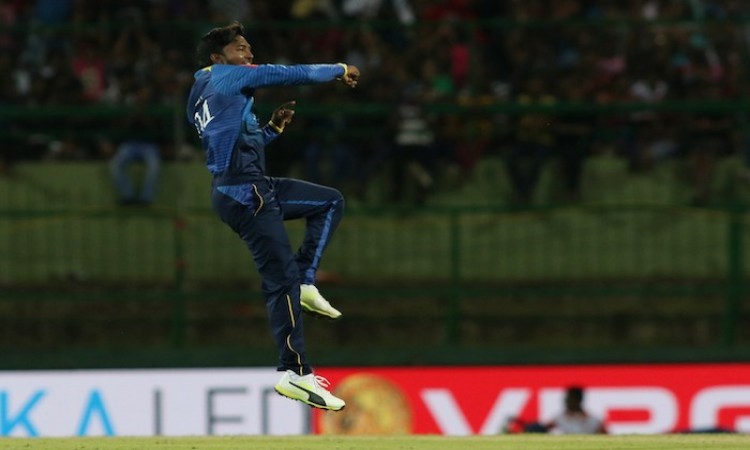 The 24-year-old’s match-winning haul of six for 29 in the final match in Colombo helped Sri Lanka reduce the gap against their higher ranked opposition to 3-2, while also lifting him 22 places to a career-best 21st position after finishing with 14 wickets in the series. He is also now on a career-high 600 rating points.

Dananjaya’s team-mate Thisara Perera (up four places to 68th) is another one to move up the rankings for bowlers while captain Angelo Mathews and wicketkeeper-batsman Niroshan Dickwella have made noteworthy gains among batsmen.

South Africa fast bowler Lungi Ngidi has gained 57 places to reach 88th position after finishing with 10 wickets while spinner Tabraiz Shamsi’s six wickets in the series have lifted him 47 places to 100th position.

Meanwhile, left-arm fast bowler Fred Klaassen of the Netherlands has made his way to 203rd position with figures of three for 38 and three for 30 in the two home matches against Nepal while leg-spinner Sandeep Lamichhane of Nepal finds himself in 217th position after finishing with four wickets.