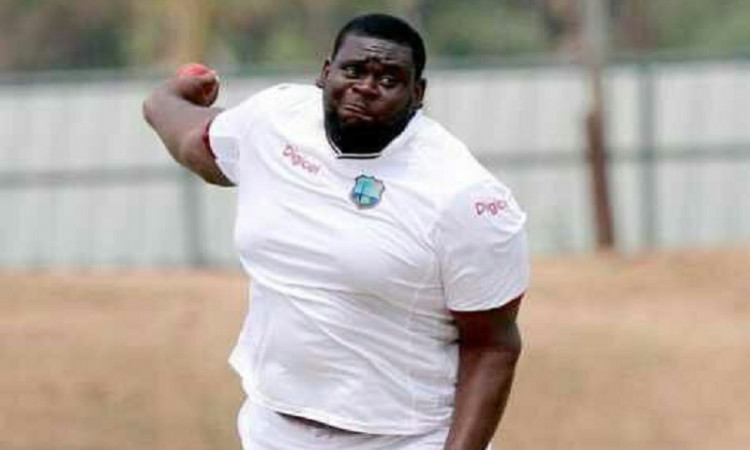 St. Johns (Antigua), Aug 19:  Spin bowling West Indies all-rounder Rahkeem Cornwall, who has been included in the squad for the two-Test series against India, believes his consistency makes him well suited for the longer format.

The giant of a cricketer came to the limelight in 2017 when he during a tour game against India troubled Cheteshwar Pujara, Virat Kohli and Ajinkya Rahane and took five wickets.

"The feeling (on getting called up) is great -- it's something I've been pushing to achieve for a long time. The feeling would be great if I was picked in the first Test. I just would want to go out and perform and don't disappoint my friends and family," Cornwall said in an interview on the Cricket West Indies website.

"I believe the Test format suits my game because of the consistency a player needs over a long period of time to be successful, and I've enjoyed that challenge so far in my career playing first-class cricket," he added.

Cornwall made his first-class debut for Leeward Islands in 2014. There were concerns about his weight and efforts were also taken to get him into shape last year. Windies chairman of selectors Courtney Browne had also put up a programme in place for Cornwall.

"I've been putting in a lot of work over the last couple of months. I've always pushed myself. I feel I can go on and I think the on field results I've achieved have shown the progress I'm making."

India and West Indies will begin their World Test Championship campaign with the first Test starting from August 22 at Sir Vivian Richard's Stadium.