T20 World Cup: Zimbabwe Qualifies For Super 12 With A Win Over Scotland In A Low Scoring Game

Zimbabwe enters the Super 12 stage with a 5-wicket win over Scotland after Craig Ervine and all-rounder Sikandar Raza's batting performances here at Hobart. 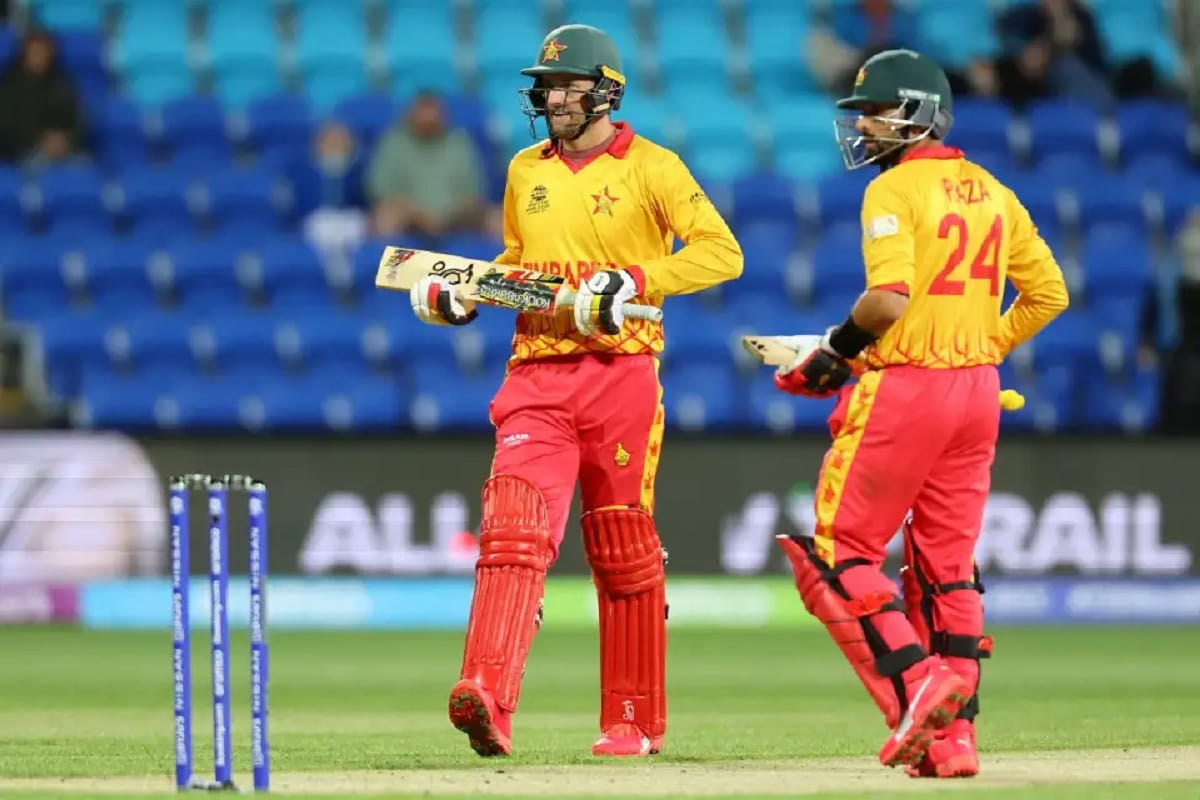 SCO vs ZIM: After a Swashbuckling batting by skipper Craig Ervine and all-rounder Sikandar Raza, Zimbabwe enters the Super 12 stage with a 5-wicket win over Scotland here at Hobart.

Zimbabwe, while chasing the target of 133 runs didn't have a good start as they were down due to early wickets they were 2/7 till the second over. From here skipper Ervine played a match-winning knock of 58 runs in 54 balls with 6 fours.

Star all-rounder Sikandar Raza smashed 40 runs off 23 deliveries comprising 3 fours and 2 sixes and took his side close to the win before he was sent to the pavilion by Davey.

The winning runs came from the bat of Ryan Burl (11) who knocked a four in the 19th over of the inning and gave his team a reason to enjoy.

Scotland bowlers came to defend a low total and bowled amazingly well. Scottish bowlers didn't give up easily and pushed the opponents under pressure due to wickets at quick successions.

Earlier in the first inning, after winning the toss Scotland was restricted to 135/6 despite George Munsey's half-century. Munsey scored 54 in 51 balls with 7 fours. But due to some early wickets by Zimbabwe bowlers, the Scottish inning didn't get the chance to play freely.

Other than Munsey, Calum MacLeod with 25 runs got the second-highest for the team. Zimbabwe bowlers put Scotland within a low score in a do-or-die match of Round 1 here at Hobart.

Zimbabwe bowlers looked mercy less in the first half as they were taking wickets at regular intervals and were bowling wicket-taking deliveries.