Struggling at 101/6, a late flourish from Powell (28 off 21 balls, including two sixes in the final over) and Akeal Hosein (23 not out off 18 balls) allowed the West Indies to cross the 150-mark 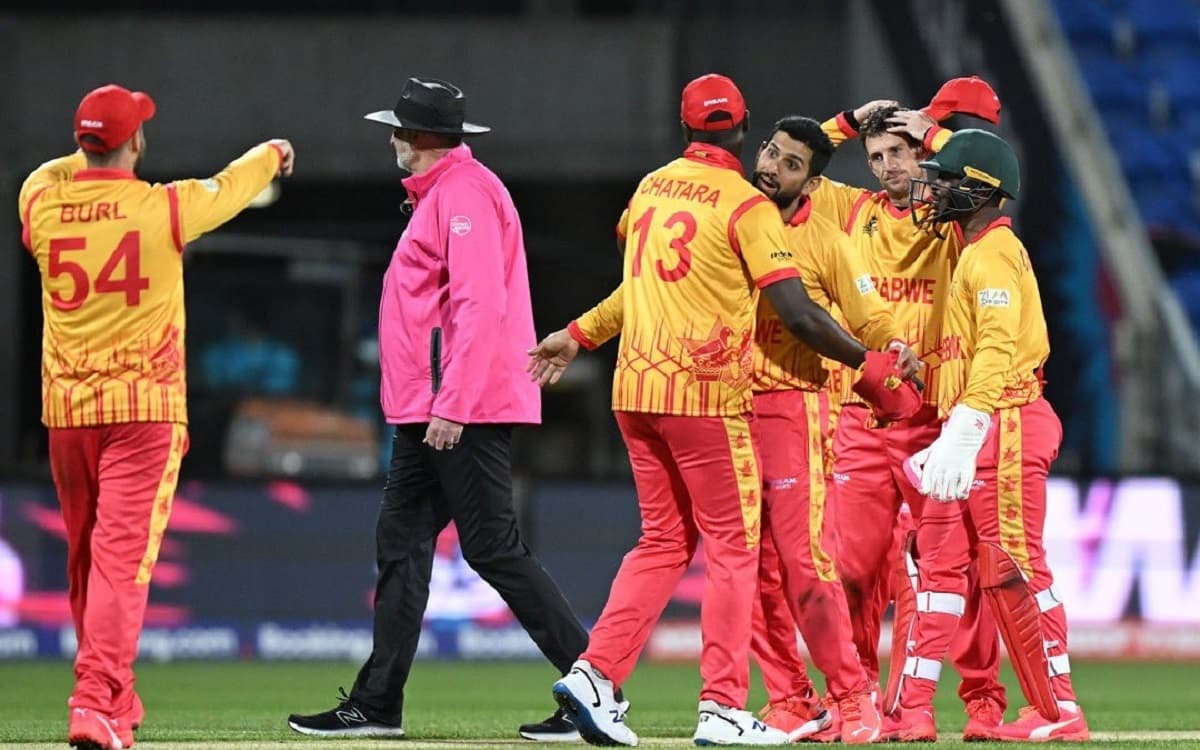 Sikandar Raza starred with a brilliant spell of 3/19, triggering a West Indies collapse as the two-time champions set a 154-run target for Zimbabwe in a must-win Group B match in the first round of ICC Men's T20 World Cup at Bellerive Oval on Wednesday.

Electing to bat first, West Indies started well despite losing Kyle Mayers in the fourth over, top-edging a pull to keeper off Blessing Muzarabani. Johnson Charles (45) and Evin Lewis (15) shared a vital 49-run stand off 38 balls to get the innings back on track.

But Zimbabwe's introduction of Raza from the seventh over triggered a West Indies meltdown in the middle order. The off-spin all-rounder had his first scalp in the tenth over when Lewis holed out to long-on. Captain Nicholas Pooran was next to depart, falling to Sean Williams, chipping back a simple catch to the bowler.

West Indies were then dealt with a severe blow when Charles departed for 45 after a mix-up with Rovman Powell, resulting in a run-out. Raza added more misery when he trapped Shamrah Brooks lbw and took a superb catch off a Jason Holder chip on his own bowling to end with 3/19 in his four overs.

Struggling at 101/6, a late flourish from Powell (28 off 21 balls, including two sixes in the final over) and Akeal Hosein (23 not out off 18 balls) allowed the West Indies to cross the 150-mark, after losing their way in the middle post a strong start.