T20 World Cup: Jan Frylinck Admits Of Being A 'Little But Speechless' With A Win Over Sri Lanka 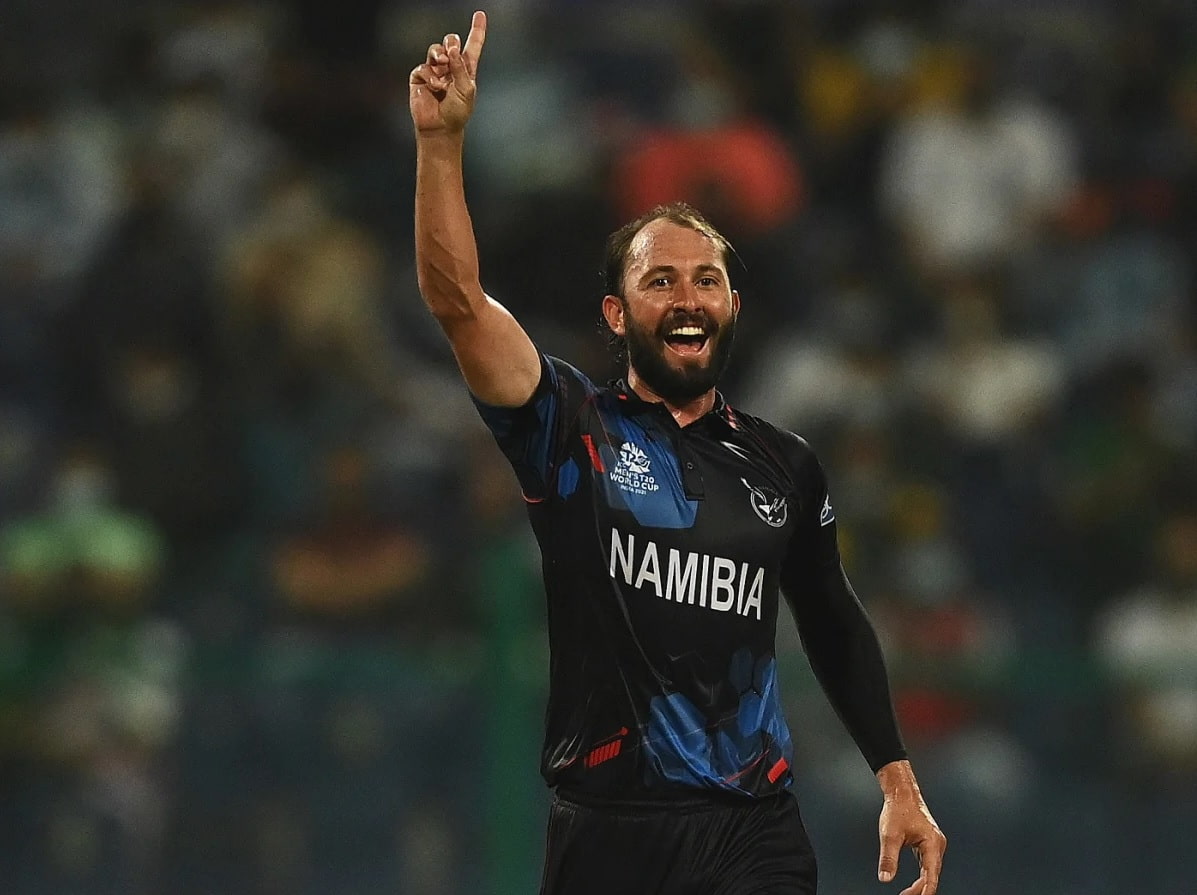 All-rounder Jan Frylinck admitted to being a "little but speechless" after Namibia scripted an upset for the ages, beating Sri Lanka by 55 runs to kickstart 2022 ICC Men's T20 World Cup on a spectacular note.

Frylinck (44) first joined hands with JJ Smit (31 not out) for a 70-run stand in 34 balls for the seventh wicket to help Namibia post a competitive 163/7 in 20 overs. The bowlers then took over to produce a superb collective show, mixing their fuller and short lengths well to bowl out Sri Lanka for 108 in 19 overs for a historic win over a major cricketing nation.

Frylinck backed up his superb batting performance in the last five overs with a brilliant 2/26 in his four overs to be adjudged Player of the Match in Namibia's famous victory and ease their path towards a Super 12 qualification while causing a huge dent in Sri Lanka's net run rate.

"I'm a little bit speechless at the moment. What we've just achieved is above what we thought we could do and I'm very just excited at this point in time. JJ just came in and took the pressure off me by hitting a couple of boundaries, and then myself and JJ just got us to a competitive total and the bowlers were just great after that," said Frylinck in the post-match presentation ceremony.

The margin of 55 runs in Namibia's victory over Sri Lanka, the 2014 T20 World Cup champions and current Asia Cup winners, at Kardinia Park, Geelong, is also the biggest victory ever recorded by a current Associate team against a full-member side in men's T20Is.

"(The surface) it was a little bit two-faced, a little hard to get away. Other than that it stayed rather true. (With the bowling) just stuck to our plans, hit good lengths and let them make the mistakes," added Frylinck.

Namibia skipper Gerhard Erasmus was pleased over Sunday being a historic day for his team and also paid gratitude to head coach Pierre de Bruyne for installing a winning culture within the team.

"It's been an incredible journey, last year was exciting for us and we've now topped that with a great win. Though there's still a lot of work to do for the rest of the tournament. But yeah it's been a historic day for us."

"He turned this whole ship around for us in 2019, he's instilled a culture in this team. One that's truly a winning culture and one that sticks together. With the limited resources that we have I guess you really have to run a tight ship and I don't think there's anyone else who could run such tight ship like he has done over last three years. And days like this are payback for his effort."