In the concluded Challenger match of the Big Bash League (BBL 2021-22) between Adelaide Strikers and Sydney Sixers, with all the pre-match changes and drama, the match's end also saw a dramatic cl 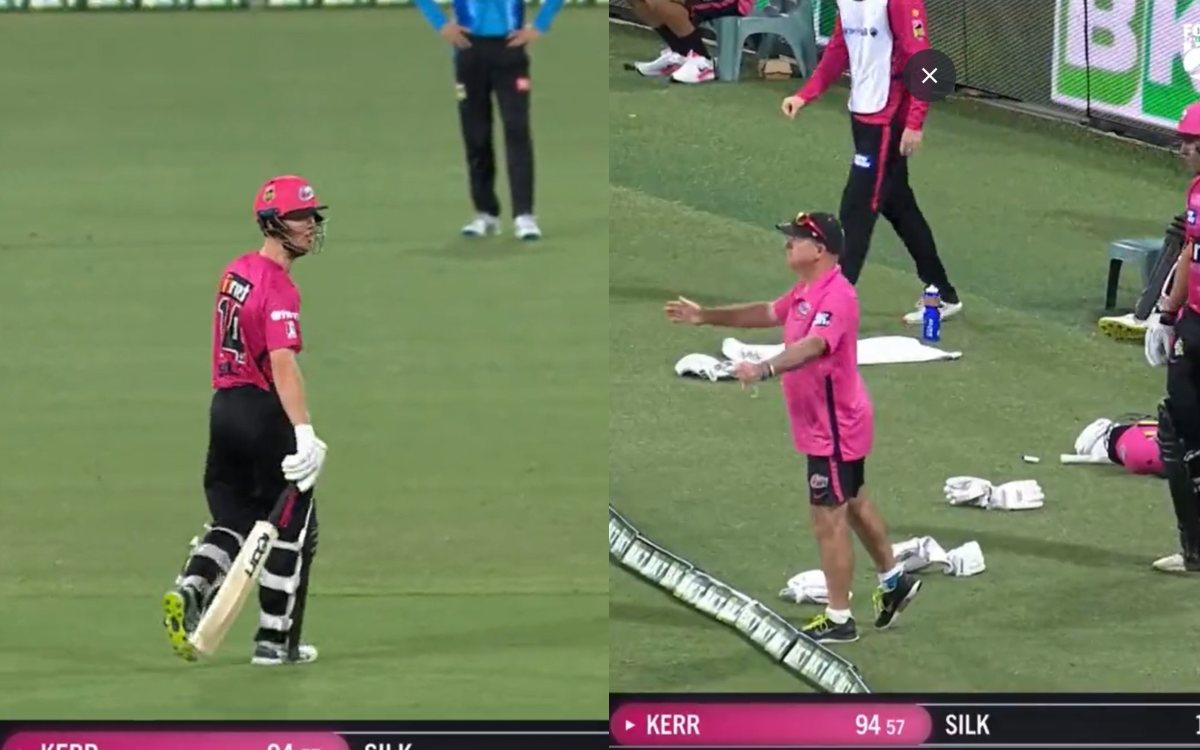 In the concluded Challenger match of the Big Bash League (BBL 2021-22) between Adelaide Strikers and Sydney Sixers, with all the pre-match changes and drama, the match's end also saw a dramatic climax, as Sydney Sixers decided to retire hurt their non-striker just before the final ball!

Adelaide Strikers after being put in to bat first posted a total of 167/4 in 20 overs with the help of an unbeaten half-century by Jonathan Wells (62*). In reply, Sydney Sixers, short of options dut to covid, promoted their regular #8 batter to an opener and Hayden Kerr repaid their trust by smacking 98* runs and taking his team to the BBL finals.

However, in the final overs, things got tense for SIxers as they lost 2 back-to-back wickets on the first two balls, requiring 12 runs off 4 balls. Jordan Silk came out to bat and put Hayden Kerr on strike on the very next ball. Kerr smacked the fourth delivery for a six, followed by a double on the second last delivery of the over. However, after this double, Jordan Silk looked unfit while running.

Silk seemed to have problems related to his hamstring, and Sydney Sixers shockingly decided to retire out Jordan Silk before the last ball, still needing two runs to win the match. The Adelaide Strikers protested about this a bit with the umpire but after a few moments, the umpire allowed the retired hurt, and Jay Lenton came out to bat. However, this was ultimately proved a waste as Hayden Kerr smacked the last ball for a four, winning the match for Sydney Sixers and taking them into the BBL 2021-22 finals.

The @sixersBBL decision to retire Jordan Silk hurt on the final ball caught us all off-guard #BBL11 pic.twitter.com/GbU2qfBgBi