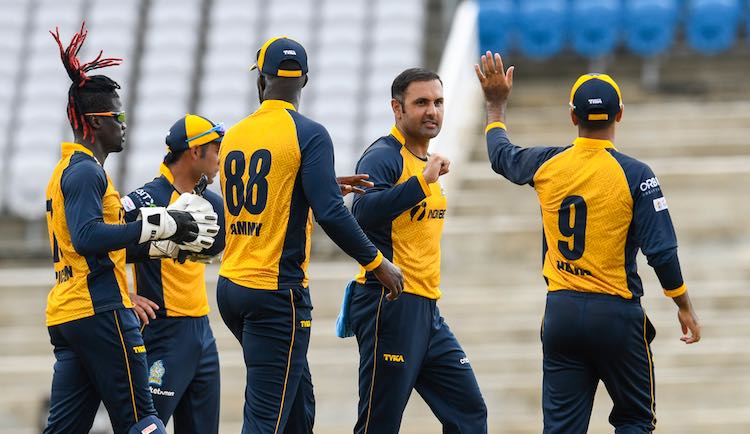 
Wish IPL-13 To Succeed, It Can Encourage Other Sports Too: Bidhuri

The St Lucia Zouks’ mix of smarts and firepower saw them home in a breathless chase, after a heavy rain shower cut short a Barbados Tridents innings that started brilliantly but was derailed the Zouks’ battery of off-spinners. A late burst of four wickets for 11 runs in 18 just balls proved crucial in keeping the revised target in range, as the power of Rakheem Cornwall and the perennial excellence of Mohammad Nabi meant even Rashid Khan couldn’t deny the Zouks their first win of Caribbean Premier League (CPL) 2020.

A couple of top edges and a bruising straight hit saw Cornwall take 13 off Tridents captain Jason Holder in the first over of the chase, but Rashid’s googly did for him as it has so many before, Shai Hope having ample time to complete a stumping. Jonathan Carter held leg-side catches to dismiss Najibullah Zadran and Nabi, but not before the latter had backed up a superb bowling spell with a six and a four off his countryman Rashid. Andre Fletcher made victory a formality with a Hero Maximum of his own off the champion leg-spinner, and with scores level he guided Raymon Reifer through point for four to seal victory with four balls to spare.

At the start of the day Holder bucked the trend of the Hero Caribbean Premier League (CPL) so far and chose to bat, backing the all-round abilities of his four spinners in glorious conditions that were a far cry from the damp and grey of the end of the match. There was backing for spin too from Daren Sammy, as Saad bin Zafar came into the Zouks XI and recovered well from being cut for four by Johnson Charles to bowl a good first over.

Obed McCoy gave Charles three easy boundaries including the day’s first Hero Maximum, but while the opener dispatched Scott Kuggeleijn’s first ball over long-on, a good leaping catch from Sammy at mid-off saw him depart next ball. He had done his job, however, with 35 off 19.

With Charles so effective, the pressure was off Hope and he responded with two fluent fours off Mohammad Nabi. Corey Anderson couldn’t believe what he’d done when he smashed a high Kuggeleijn full toss straight to cover, Chase physically knocked off his feet as he held on well, but 53/2 represented a good Powerplay.

Nabi gave a middle-overs off-spin masterclass, forcing Hope into attacking the long boundary where Mark Deyal took a simple catch. Holder’s 11-ball cameo gave no hint of the troubles to come, with the long boundary not long enough to stop him taking Rakheem Cornwall for a four and a six in consecutive balls. But if Sammy was relieved when his opposite number toe-ended one to him at long-on, he was ecstatic when his off-spinners ripped through the Tridents’ middle order to turn the game on its head. 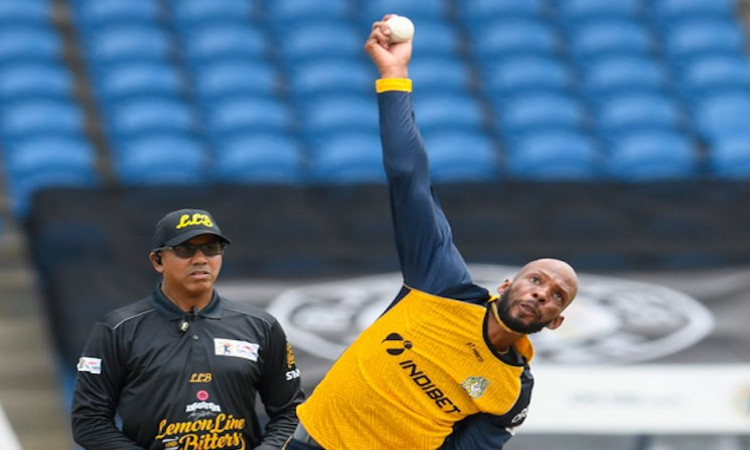 Sammy was happy to bowl Nabi out early, and with the death overs approaching he went to his third off-spinner, Roston Chase, who picked up Carter and Kyle Mayers in consecutive balls. Reifer denied Chase the hat-trick, but the Zouks had heaped the pressure on those Tridents all-rounders with the champions 107/6 off 14.

Deyal, yet another off-spinner, became the eighth bowler used and the fifth to take a wicket as Andre Fletcher took a good catch off Reifer’s outside edge. The return of seam released the pressure, Kuggeleijn going for 11, and the Tridents had recovered to 131/7 with 11 balls to go when the darkening clouds finally burst and reduced the chase to the minimum allowable. But the off-spinners had done the damage, and with the rainy season underway captains’ preference for chasing may just be reinforced even further.