The 2022 edition of the Asia Cup T20 cricket tournament will be held in Sri Lanka from August 27 to September 11, ACC announced after its annual general meeting. 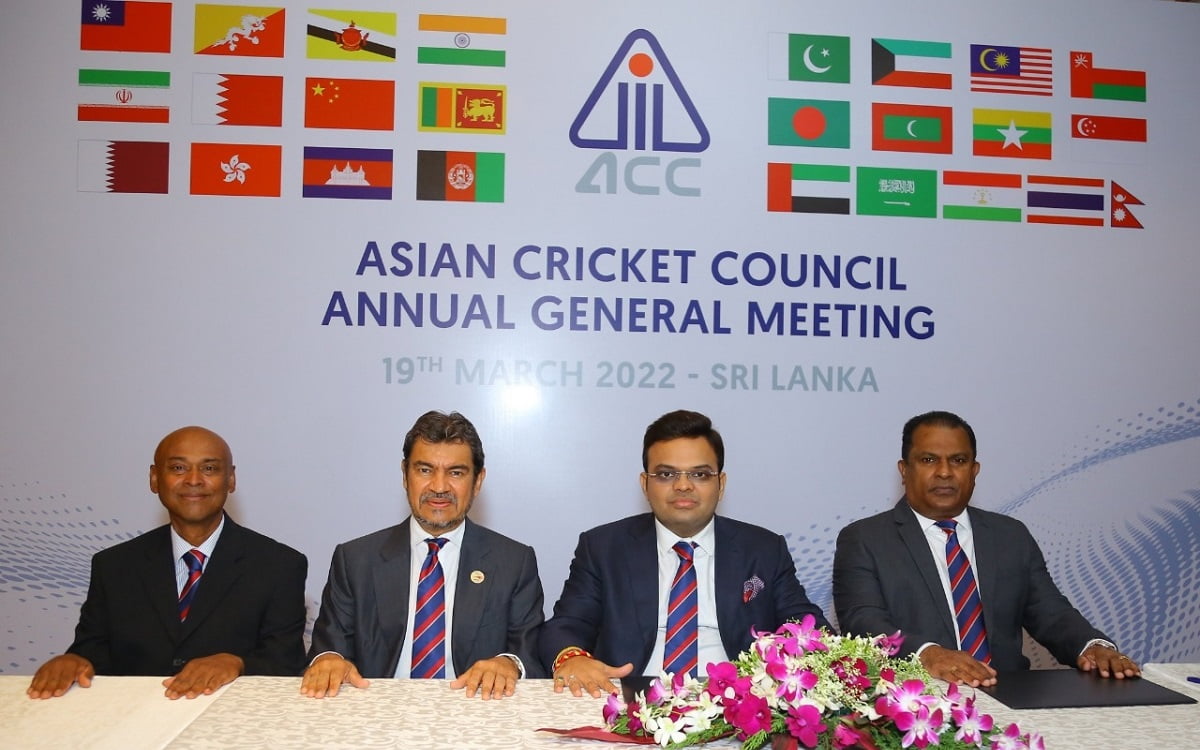 The 2022 edition of the Asia Cup cricket tournament, which will be a T20I competition this year, will be held in Sri Lanka from August 27 to September 11, the Asian Cricket Council (ACC) announced on Saturday after its annual general meeting.

All five Test teams -- hosts Sri Lanka, India, Pakistan, Afghanistan and Bangladesh - will take part in the tournament while one more Asian side will be decided after a qualifying tournament which will be held from August 20.

"The Asia Cup 2022 (T20 Format) will be held in Sri Lanka from August 27-September 11 later this year. The Qualifiers for the same will be played from August 20 onwards," the ACC said in a tweet.

The Asia Cup, which usually alternates between ODI and T20I formats, was last played in 2018 and won by India. However, the next edition of the tournament, which was set to be played in 2020 was postponed due to the Covid-19 pandemic.

Sri Lanka was supposed to host the 2020 edition, but Covid-19 pushed the event to 2021 before finally being moved to 2022. They retained their rights to host the 2022 edition, with Pakistan in line to host the 2023 edition of the tournament.

Defending champions India are the most successful team in Asia Cup, winning it seven times including the lone T20I edition in 2016 while Sri Lanka have won the competition five times.

During the AGM, it was also unanimously decided that Jay Shah, the BCCI secretary, will continue as the Asian Cricket Council's (ACC) President for one more year till 2024.

Shah had taken over the reins of the ACC in January last year from Nazmul Hassan, president of Bangladesh Cricket Board (BCB), making him the youngest administrator to be re-appointed as the ACC president.

Meanwhile, Pankaj Khimji of Oman Cricket Board was appointed the vice-president of ACC and Mahinda Vallipuram of Malaysia Cricket Association was named the chairman of the developing committee.

Addressing the AGM, Shah said, "I would like to thank all of my esteemed colleagues at the ACC for reposing their faith in me and considering me worthy to carry on all the work we had begun. I humbly accept this honour and am committed to working hard with a view to organise, develop and promote our beloved sport of cricket in the region, aiding the ACC to steadily grow in stature."

"We remain committed towards ensuring the all-round development of cricket in the region, especially carrying forward the pioneering work in women's cricket and the multiple grassroots tournaments the ACC conducts in the region around the year. The pandemic hopefully is behind us and I am keen that we adapt, innovate and help the ACC grow from strength to strength from hereon," added Shah.

The decision was taken in the Annual General Meeting of the ACC at Colombo on Saturday (March 19) alongside the decision to extend the tenure of Shah and its Executive Board and committees until the next AGM in 2024. Shah had taken over the reins from Bangladesh's Nazmul Hassan in January 2021.

Shah's extension as the ACC President for one year was proposed by Sri Lanka Cricket (SLC) president Shammi Silva and the nomination was backed unanimously by all the members of the ACC.

It was also decided in the AGM that the Qatar Cricket Association has been upgraded from an Associate to a Full Member of the ACC.