Sri Lanka's openers started strong against the West Indies after rain stopped play until after tea in the second Test at Galle on Monday. 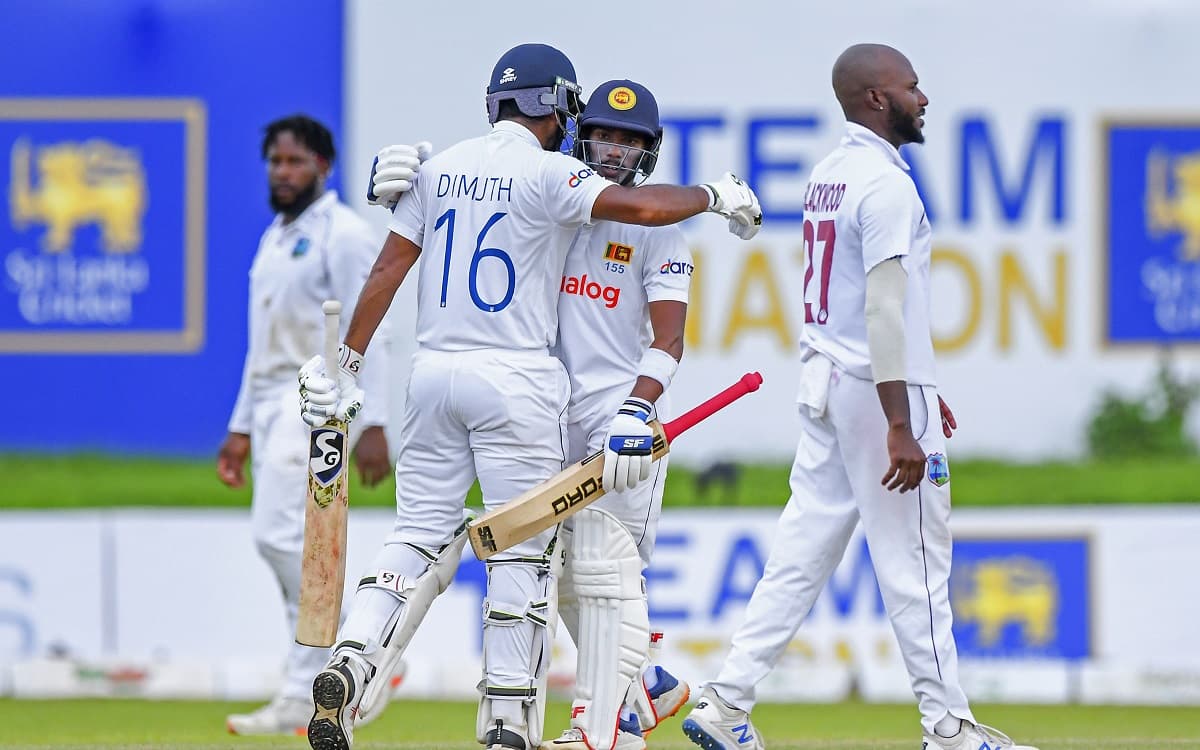 Match officials extended play after the hosts won the toss but stopped half an hour early with bad light after just 34.4 overs. Sri Lanka reached 113 for one at stumps.
Pathum Nissanka outscored skipper Dimuth Karunaratne to reach his third Test fifty with a boundary driving Jason Holder straight down the ground.

He was unbeaten on 61 in 109 deliveries with four fours and a six.
Karunaratne was dismissed for 42 when he offered a return catch to Roston Chase, missing out on equalling the world record for most successive Test half-centuries.

The West Indies exhausted two reviews, first challenging a decision after a leg-before shout against Nissanka off Holder.

They then argued for a caught behind with Oshada Fernando yet to score, but that too was unsuccessful.

The wicket is already offering assistance to spin bowlers and the track is expected to further deteriorate as the game progresses.

Sri Lanka made one change to the side that won the first Test by 187 runs, leaving out fast bowler Dushmantha Chameera and beefing up their batting with Charith Asalanka, marking the former under-19 captain's Test debut.

Permaul is playing his first Test in six years and will complement fellow left-arm spinner Jomel Warrican.
Roach, the eighth highest wicket-taker for the West Indies in Test match cricket, was a surprise omission in the first Test.

Play will get under way 15 minutes early over the next four days to catch up for lost time.