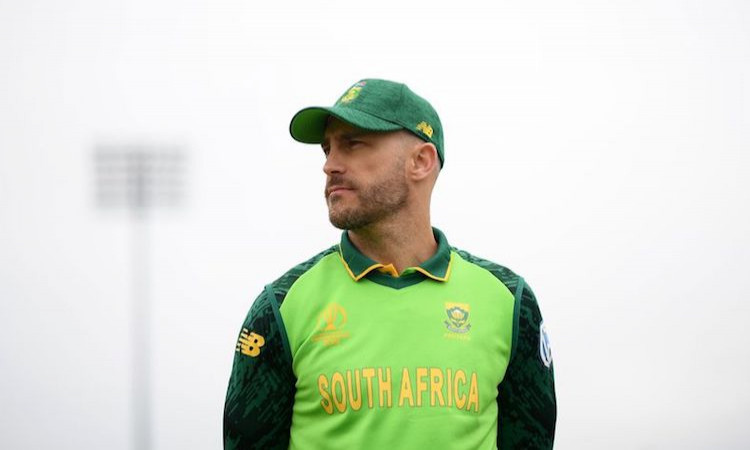 June 11 (CRICKETNMORE) - South Africa have got their first point of this ICC Men’s Cricket World Cup and are ready to rack up some more after their washout against West Indies in Southampton on Monday.

Although 7.3 overs of play were possible and South Africa had lost two wickets in that time, captain Faf du Plessis confirmed the team feel confident about their ability to start winning matches at this tournament - a must, if they are to maintain any hope of making the semi-finals.

“The feeling in the camp is still very strong,” said the skipper.

“Generally, I find that when a team starts losing two or three games, it can happen that there are a few cracks that can appear in a team and the blame game can start.

“And I do honestly believe that we have been very far away from that.

“That is a strong sign of us as a team, as a culture, and that is one aspect of performance. You get culture and then you get the actual performance on the field.

“Now it is just the performance and the skill side of cricket that needs to take over.”

For that to happen, South Africa are looking for individual players to put their hands up with their next game against Afghanistan in Cardiff on Saturday.

Du Plessis added: “You need individuals within your side to stand up and step up and pull the team up. You need one guy getting a great hundred.