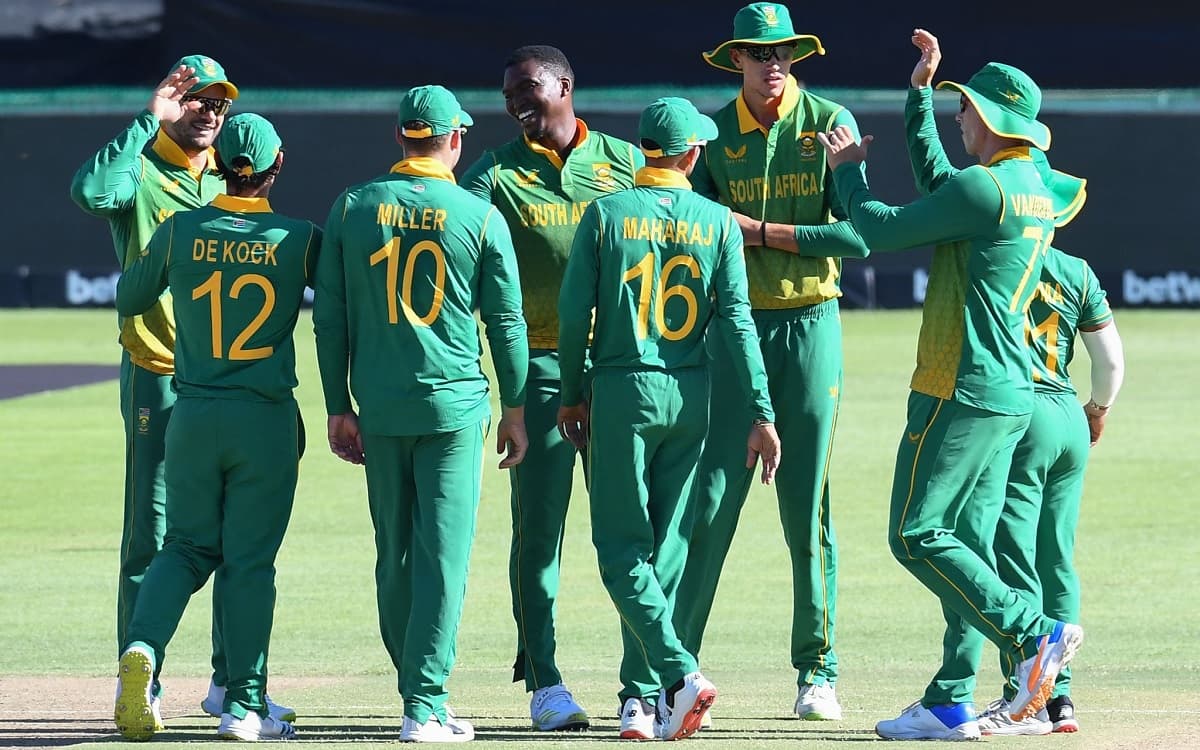 
WATCH: Quinton De Kock Surprises Rishabh Pant With His Swiftness Behind The Stumps

At 46/1, Shikhar Dhawan and former captain Virat Kohli held the crease as they added 92 runs in 102 deliveries. Dhawan completed his half century and scored 79 runs off 84 balls with 10 boundaries, and was bowled by Keshav Maharaj in the 26th over. After that, India started losing quick wickets in the middle overs and that's where the match slipped.

Virat Kohli completed his fifty and got out after mistiming a sweep shot against Tabrazi Shamsi. The former Indian captain scored 51 runs off 63 balls with 3 boundaries. Shreyas Iyer was the 4th batter to fall, dismissed by Lungi Ngidi and Rishabh Pant was unluckily stumped out two balls later.

Ravichandran Ashwin fell in the 39th over at a team total of 199. Thereafter, Shardul Thakur smashed an unbeaten 50* off 43 balls but till then it was a lost battle for team India. For South Africa, Lungi Ngidi, Tabraiz Shamsi & Andile Phehlukwayo picked up two wickets each while spinners Aiden Markram and Keshav Maharaj picked up a scalp each, handing India a 31-run defeat.

In the first innings, South Africa managed to post 296/4 after winning the toss and opting to bat first at Boland Park, Paarl. South African captain Temba Bavuma and Rassie van der Dussen contributed with centuries to take their team to a fighting total.

Indian bowlers started off well, with Jasprit Bumrah and Bhuvneshwar Kumar bowling tight and accurate lines, not allowing the batter to score freely. Janneman Malan was the first African batter to be dismissed. In the 4th over, Jasprit Bumrah set up Malan with a series of inswingers and knocked him over with a surprise outswinger.

After that, de Kock held the crease with Bavuma, adding 39 runs in 66 balls for the 3rd wicket. The African batter was finally dismissed on the first ball of the 15th over, as Ashwin bowled him with fast delivery and registered his first wicket in ODI in 4 years. Just 2 overs later, Aiden Markram was dismissed courtesy of a brilliant throw from Venkatesh Iyer.

Thereafter, it was a show by Temba Bavuma and Rassie van der Dussen. Bavuma played slowly while van der Dussen played at a quick pace. Both these batters played the middle overs with good tactics as they looked to sweep the spinners in order to deny them the advantage. Bavuma scored 110 off 143 balls before he was dismissed in the 49th over. While Rassie van der Dussen went unbeaten on 129 in 96 balls with 9 fours and 4 sixes.