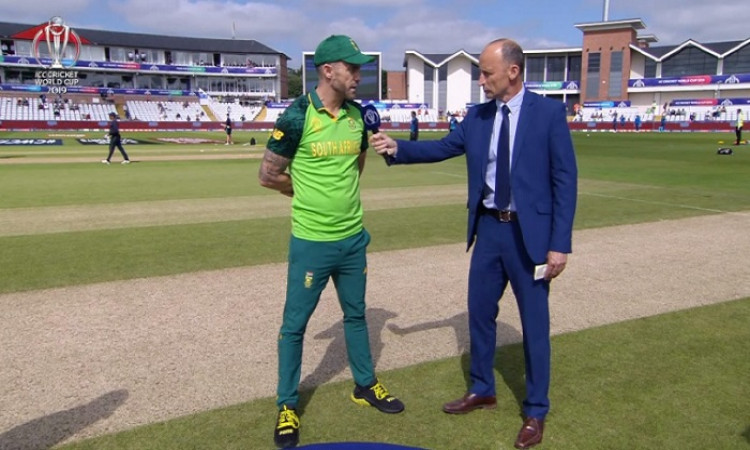 du Plessis has made two changes in his playing eleven as Dwaine Pretorius and J.P. duminy have replaced Lungi Ngidi and David Miller. On the other hand, Sri Lanka made just one change with Suranga Lakmal coming in for Nuwan Pradeep.

Speaking at the toss, du PLessis said: "We gonna have a bowl Nas. it's fresh pitch and hoping to get some seam movement, looks a good pitch and doesn't spin too much in the second innings. We are playing an extra batter today and hopefully that allows our batters to bat more freely. We deserved everything that had come towards us. We have not been consistent enough."

Sri Lanka skipper Dimuth Karunaratne said: "We wanted to bat first, seems like a good track and we feel we can put a good score and defend that. One change for us, Suranga Lakmal comes in for Nuwan Pradeep. We just want to win this match and see how the next two games unfold."

With just three points, the Proteas lie at the ninth place in the points table and are already out of the race for the semis while Sri Lanka are two place above and have six points in their kitty.