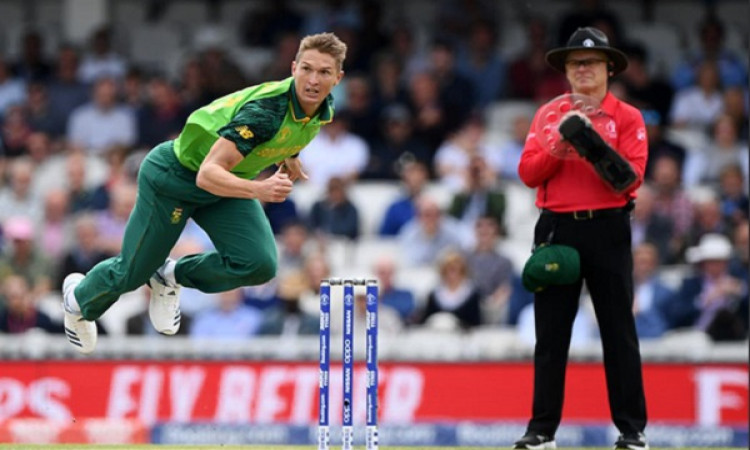 June 28 (CRICKETNMORE) Sri Lanka were all out for 203 in their 2019 ICC World Cup group stage match against South Africa on Friday.

Sri Lankan captain Dimuth Karnaratne was dismissed by Rabada off the very first ball of the match sending the ball straight to du Plessis at second slip.

Avishka Fernando and Kushal Perera then batted out most of the rest of the first 10 overs but the former was dismissed by Pretorius off the penultimate ball of the 10th over.

The Lankans never managed to get the runs flowing after the two early blows. Kusal Perera fell in the 12th over to Pretorius and Angelo Mathews fell to Morris only 10 overs later. Sri Lanka made less than 30 runs in that period.

It meant that they were 100/4 in the 22nd over when Mathews was walking back. Kusal Mendis then became Pretorius' third wicket of the day.

Dhananjaya de Silva was dismissed by JP Duminy and Chris Morris got the wickets of Jeevan Mendis and Lasith Malinga to end the day with three wickets to his name.

Sri Lanka's slim chances of qualifying for the knockouts now depend upon the result of this match while South Africa are already out of the contention.