Spinners Lasith Embuldeniya and Ramesh Mendis took all 10 wickets as Sri Lanka shot out the West Indies for 132 to win the second Test in Galle on Friday by 164 runs with a session to spare. 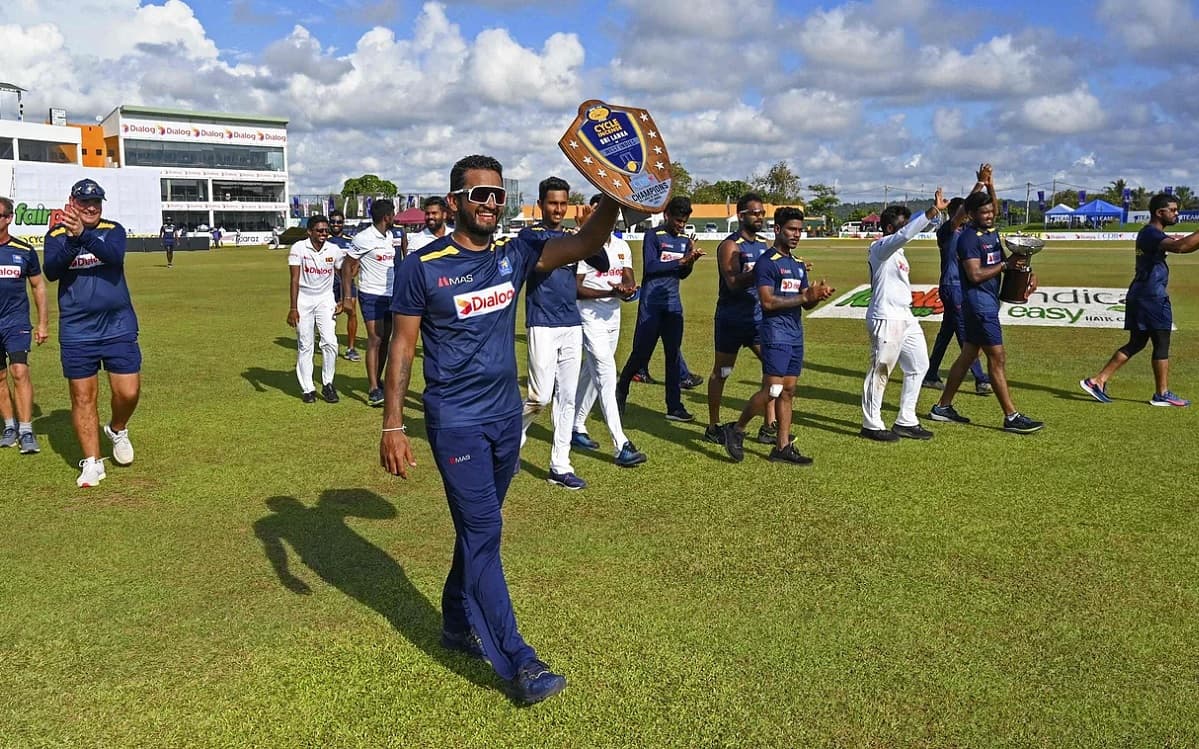 Chasing an improbable target of 297, the West Indies lost only two wickets in the first session and looked determined to save the Test match.


Was Virat Kohli Out Or Not Out, What Does The Law Says?

But in a sensational collapse, they lost eight wickets for 40 runs after lunch to surrender the match and maintain their streak of never having won a Test on the island.

Not a single batsman managed a half-century in the second innings, with Nkrumah Bonner's 44 being the highest. Off-spinner Mendis triggered the collapse when he claimed three wickets in an over in the afternoon session.
He started off by breaking the 27-run third-wicket partnership between Bonner and Shai Hope, when Hope clipped one straight to Suranga Lakmal at square leg.

It was a first 10-wicket Test for Mendis after he claimed career-best figures of six for 70 in the first innings. He has been the main tormentor for West Indies with 18 wickets in the series.
Playing just his fourth Test match, the 26-year-old Mendis has been a real find for Sri Lanka, bowling long spells and becoming his captain's most trusted bowler.

Mendis rarely bowled a loose delivery and, with impeccable line and length, he played a waiting game until the batsmen made mistakes.

He finished with a match bag of 11 wickets and was named Player of the Series, while de Silva -- who hit an unbeaten 155 in Sri Lanka's second innings -- was declared the Man of the Match.

Mendis, who has a triple hundred in First Class cricket, is no mug with the bat either and contributed 25 runs when Sri Lanka were struggling in their second innings, adding 51 runs with de Silva.

The offie was well supported by left-arm orthodox spinner Embuldeniya, who also finished with a five-wicket haul in the second innings -- his fifth in Test cricket.
Embuldeniya dismissed Jermaine Blackwood in the last over before lunch and then came back to polish off the tail as West Indies troubles with spin continued.

Sri Lanka retained the Sobers-Tissera Trophy and moved up to seventh the ICC Test rankings, with West Indies slipping to eighth.

Sri Lanka also collected 24 points on offer in the ICC Test Championship by winning both games. They had won the first Test by 187 runs.