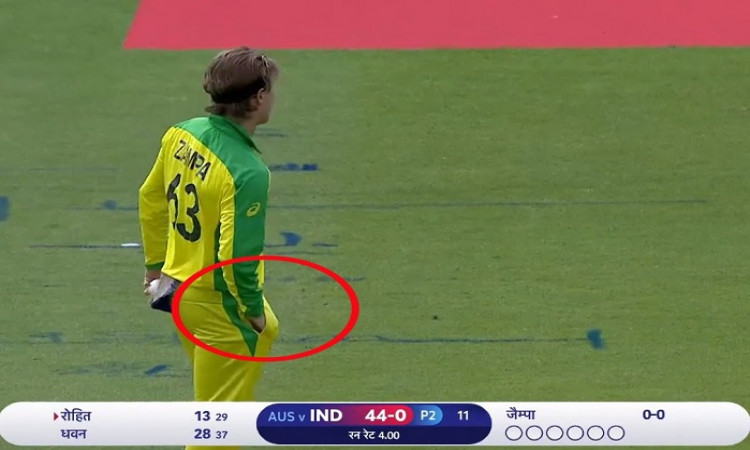 London, June 10 (CRICKETNMORE):  During Australia's World Cup fixture against India, leg-spinner Adam Zampa was seen putting his hands inside his pocket and then rubbing the ball at The Oval in London, thus raising a few eyebrows and leaving people speculating about ball-tampering.

On Sunday, Zampa went wicketless and conceded 50 runs from his six overs in a match that Australia lost by 36 runs against India.

Also Read: We ticked all boxes against Australia,says Shikhar Dhawan

However, apart from his lacklustre performance, what caught the eyes of many were the pictures and videos floating on social media which showed Zampa rubbing the ball each time after he put his hands inside his pocket. In the media clippings, he was also seen taking something out of his pocket before bowling.

After the match, however, skipper Aaron Finch rubbished the ball-tampering allegations and said that the leggie had hand warmers in his pockets, which he carries in every game.

The media clippings immediately brought back memories of the Newlands Test between South Africa and Australia last year when Cameron Bancroft was caught rubbing sandpaper on the ball on the big screen at the ground. Steve Smith and David Warner were handed one-year ban by Cricket Australia while Bancroft was handed a nine-month ban by the cricket body.