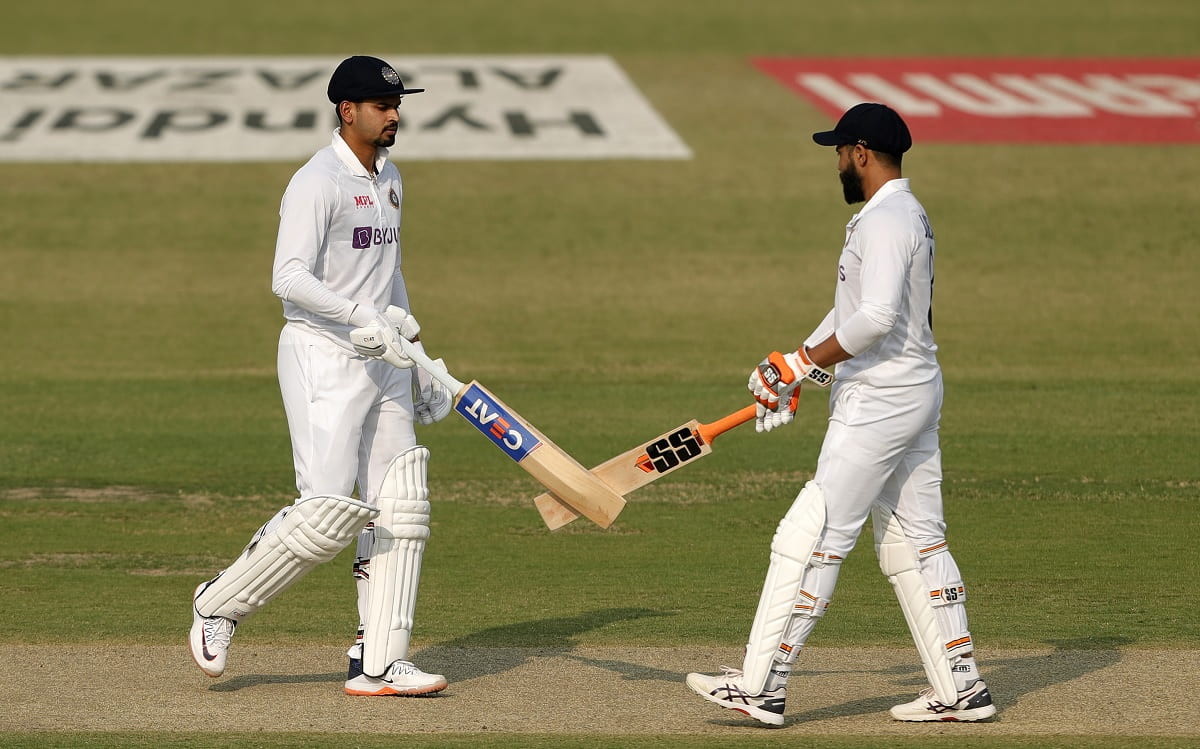 Captain Ajinkya Rahane won the toss and opted to bat first. Openers Mayank Agarwal and Shubman Gill had a nervous start as Tim Southee and Kyle Jamieson swung the new ball. The duo kept playing and missing during which Mayank succumbed to Jamieson as he edged one to the keeper.

After Mayank got out on 13 in the eighth over, Kiwis kept Jamieson and Southee from one end while introducing Ajaz Patel from the other end who challenged the stumps of both Gill and the new batter Cheteshwar Pujara.

However, Patel kept delivering one loose ball per over on which Gill latched on to keep the scoreboard going. Gill used his leg against spin, played on backfoot to cut, and drove his way to an 81-ball-50.

Jamieson struck in the first over of the post-lunch session as he removed half-centurion Shubman Gill on 52.

Ajinkya Rahane started well, hitting a few backfoot punches through the covers to keep the scoreboard ticking. Cheteshwar Pujara, who was playing in his usual manner, couldn't give much support to Rahane as Tim Southee found his outside edge. Pujara fell for 26 off 88 balls.

Debutant Shreyas Iyer came in at number five and looked a bit nervy at the start. He settled his nerves with a flick shot. Rahane, on the other end, was looking good for 35 from 63 balls but got bowled off Jamieson trying to cut the ball.

Jadeja came in when India was in a spot of bother after losing captain and a debutant at the other end. The duo chose their balls to hit and defended well, especially against Southee and Jamieson, who were looking for reverse swing.

Iyer got to his maiden test fifty in 94 balls while Jadeja reached yet another half-century in 99 balls. The duo played throughout the third session and didn't give much chance to Kiwi bowlers. Iyer(75*) and Jadeja(50*) have so far added 113 runs for the fifth wicket.

New Zealand will bank on Jamieson and Southee to make merry of the second new ball in the morning session of the day 2 and restrict India to a decent score.