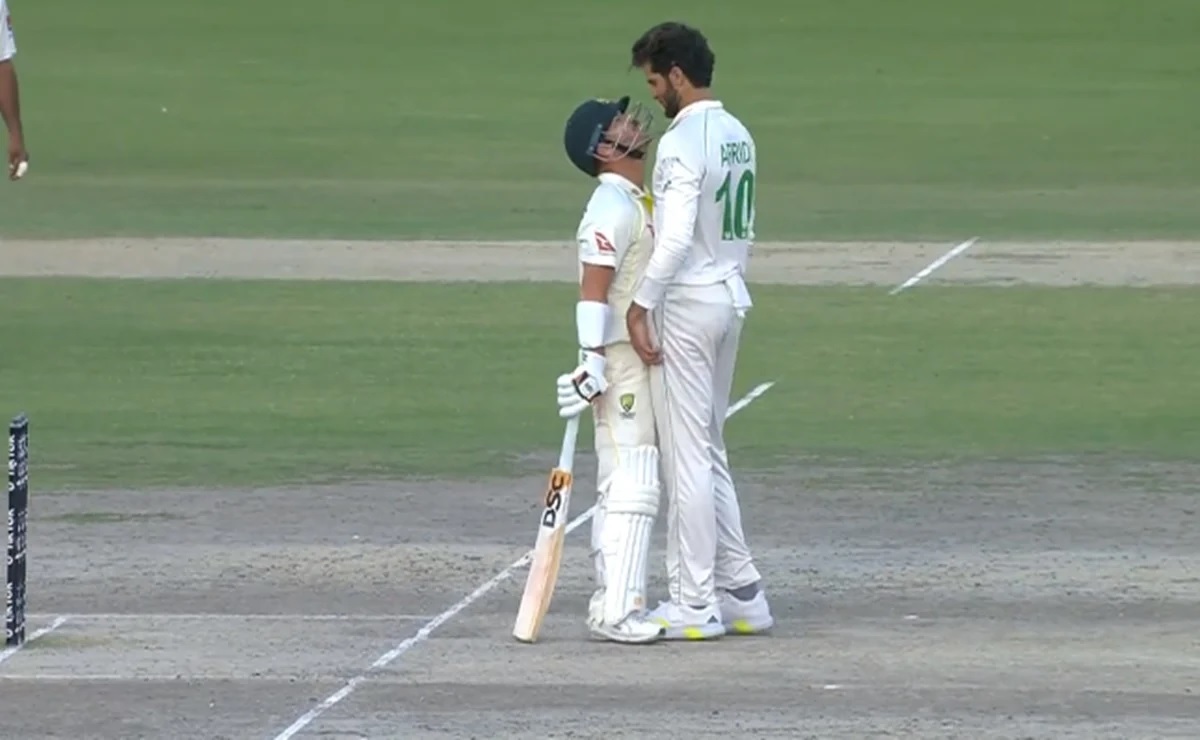 PAK vs AUS 3rd Test: A funny incident was witnessed in the 3rd test between Pakistan and Australia being played at Gaddafi Stadium, Lahore. A funny event happened between Pakistan pacer Shaheen Afridi and Australian opener David Warner. In the 3rd over of Australia's second innings, David Warner immediately shouted 'no run' after playing the last delivery of Afridi's over. The ball hadn't travelled far enough but Warner was in a mood to have fun and hence was having his share with Shaheen Afridi.

Shaheen Afridi decided to carry on with this and instead of collecting the ball, went towards David Warner and started staring at him. Comparatively smaller in height than the Pakistan pacer, David Warner didn't back down and went near Afridi to stare back at his on-field competitor. While these two locked eyes and came near each other, there came a point there was no space between them as their bodies touched.

However, all this happened between the two players in pure fun as has been seen amongst other Australian and Pakistani players on various instances throughout the series. A video of the same has surfaced on social media and users are having their fun enjoying this friendly banter between two excellent cricketers.

Some fun banter between Warner vs Shaheen!!!!pic.twitter.com/EuQHjljMSp

While talking about the ongoing 3rd test between Australia and Pakistan, tourists Aussies posted a total of 391 runs while opting to bat first. Usman Khawaja was the top scorer with 91 runs. In reply, Pakistan were bowled out for a total of 268 runs.

Azhar Ali was the top scorer for the Pakistani team with 78 runs. While Aussie skipper Pat Cummins emerged as the most successful bowler with his five-wicket haul, pacer Mitchell Starc picked up 4 wickets with a fiery spell. At the end of play on day 3, Australia are at 11/0 in the second innings with a lead of 134 runs to their name.