It was an opening day of missed opportunities for the Saint Lucia Kings in the 2021 Caribbean Premier League, as they suffered a loss against the Jamaica Tallawahs at the Warner Park Stadium in St.Kitts. The Kings bowlers proved to be expensive on the day, and despite the best efforts of Tim David to salvage the innings with his glitzy half-century, it was the Jamaica Tallawahs who started off on a winning note in CPL 2021. 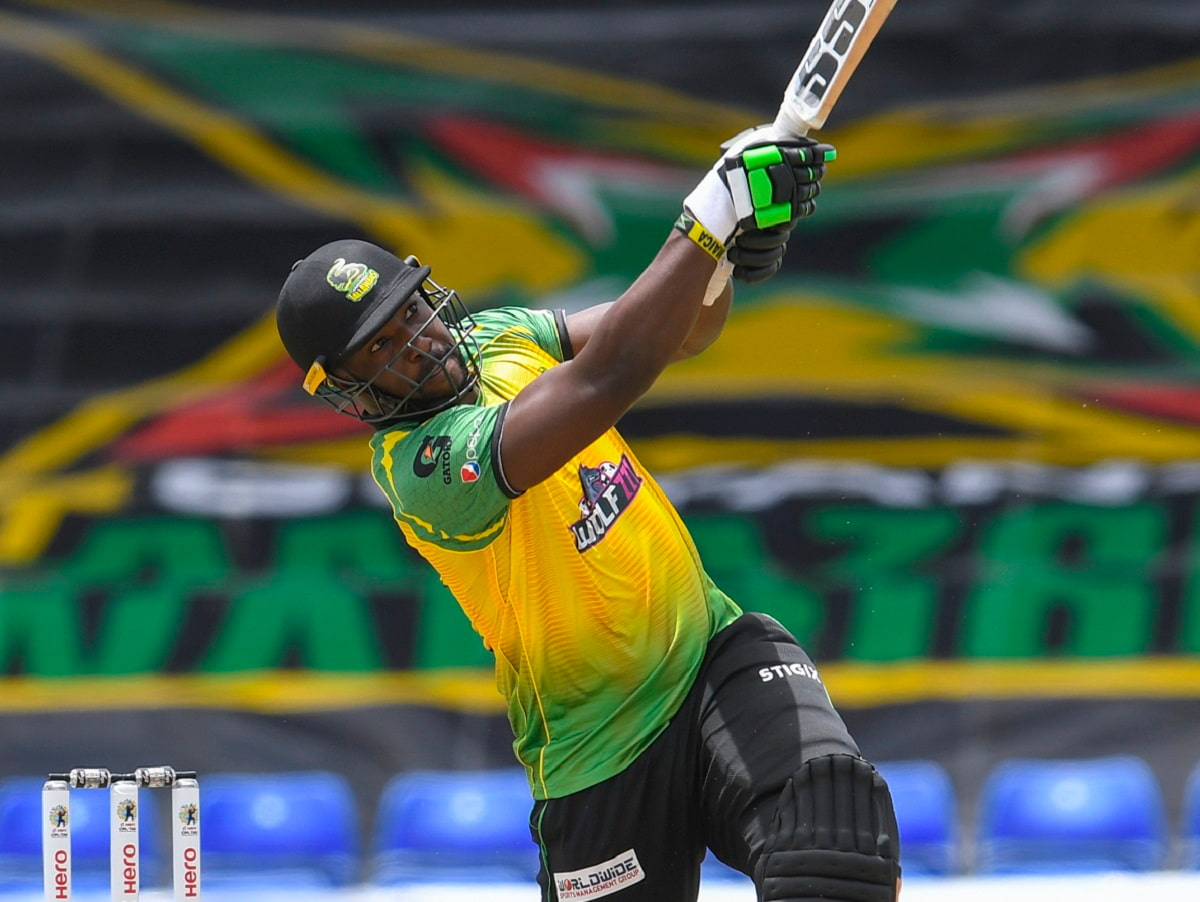 Bowling first on the day, the first couple of overs proved expensive for the Kings, as Tallawahs opener Kennar Lewis latched onto the bowling of Wahab Riaz and Keemo Paul. To arrest the flow of runs, Faf du Plessis decided to introduce the spin of Usman Qadir early, but the move backfired as the leggie leaked 17 runs off his first over with Chadwick Walton getting two fours and a six.

The Jamaica Tallawahs continued to dictate proceedings, as every time Wahab Riaz erred in length, he was taken to the cleaners. The Kings found some respite with the final ball of the powerplay, as Lewis top-edged one-off Roston Chase’s bowling and had to walk back to the pavilion, two shy of his fifty.

Despite the wicket, the scoring rate remained steady for the Tallawahs, as Kesrick Williams was welcomed into the attack with two boundaries by Walton. The three overs after the powerplay went for 31 runs before Chase managed to get the breakthrough yet again, dismissing Walton who was caught in the deep.

The Saint Lucia Kings managed to slip in a couple of quiet overs after that second wicket, but the fours and sixes once again started flowing once new man Haider Ali had his eye in, leaving the team at 170/2 after 15 overs. Both Ali and new man Rovman Powell hit a six apiece off Qadir’s penultimate over, pushing the team score close to 200.

Obed McCoy, however, arrested the flow of runs, as he picked up three wickets in his penultimate over, dismissing Ali, Powell and the dangerous Carlos Brathwaite, while conceding just two runs. The 19th over however saw new batsman Andre Russell go berserk, as Wahab Riaz was hit for four sixes and a four.

The Russell carnage continued as he smashed 22 runs in the final over to get the fastest ever CPL fifty, as the Jamaica Tallawahs ended with a whopping 255 runs on the board after their 20 overs.

With a gargantuan score to chase down, the Kings needed a strong start and Rahkeem Cornwall gave them just that, getting a four, six, and a four of the first three balls. That was however the end of his cameo as he sliced one into the hands of Andre Russell.

The same over saw Kings captain Du Plessis also back in the hut, as he gloved one-off Migael Pretorius’ bowling to leave the team at 15/2. New man Roston Chase got into the act soon, hitting a straight six off spinner Chris Green’s first over.

His innings too however was cut short as he nicked one to the keeper in the next over, giving Pretorius his third wicket of the game. Things got even worse for the Saint Lucia Kings as new man Mark Deyal and opener Andre Fletcher were also sent packing for single digits, leaving the team score at 56/5 after five overs.

Tim David looked determined to keep the fight going for the Kings, as he counter-attacked with three fours and two sixes in the powerplay. David however lost another partner in crime, as new man Keemo Paul was run out before he could get off the mark, to leave the team at 73/6 after seven.

The Singaporean batsman though showed no signs of quitting, as he targeted the spin of Veerasammy Permaul to get another four and six to his name. He got two more fours in the next over, as he got to a fifty on his CPL debut while the Kings’ team score got past 100.

David however couldn’t continue the onslaught, as he was out caught in the deep when Pretorius returned to the attack, ending all hopes of a miraculous chase. New man Usman Qadir was also dismissed early, as hit one straight in the air to give Imran Khan his first wicket of the game.

Wahab Riaz provided some late entertainment as he smacked Powell for three boundaries in the 17th over.  The next over however ended the resistance as Imran Khan dismissed Riaz and new man Ones McCoy, as the Tallawahs managed a convincing victory over the Saint Lucia Kings.