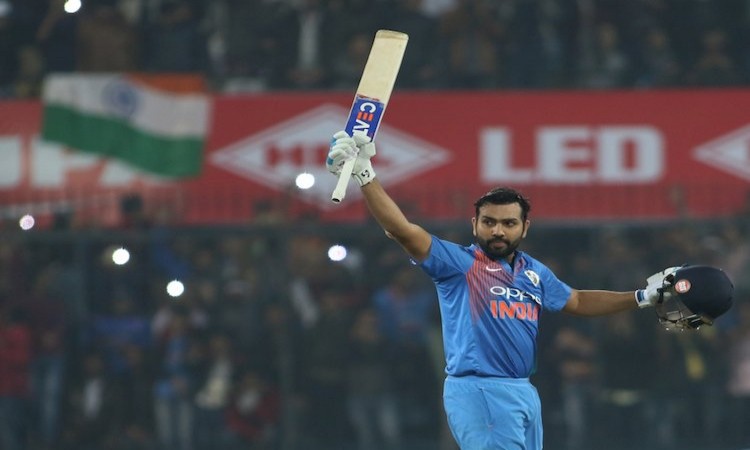 Port Elizabeth, Feb 14 - India opener Rohit Sharma revealed the reason for his quiet celebration despite having slammed a century in the fifth One Day International match against South Africa here.

Rohit, who was involved in two run outs, that of skipper Virat Kohli and middle-order batsman Ajinkya Rahane, said two batsmen before him was run out so the the pressure had mounted on him to deliver and he just wanted to focus on how to carry the same momentum till the end.

"Two guys got run out before me so there was nothing to celebrate about. It depends on what kind of mood you are in. Two of our batsmen got run out, so I wanted to carry on and the celebration was not in my mind at all," Rohit said during the post-match press conference on Tuesday.

Rohit led the tourists, striking his 17th ODI century before chinaman Kuldeep Yadav returned figures of 4/51 to bowl the Proteas out for 201, in their chase of 274.

Commenting on his return to form after series of poor performances, the Mumbai batsman said: "I got out in three matches only, how can you say form is bad after three matches? You guys put people in good form after one match, and if somebody doesn't have three good matches, you say he is in bad form," Rohit said.

"In 2013 it was different. I had just turned into an opener from a middle-order batsman. The way I am batting now, it has evolved a lot," he added.