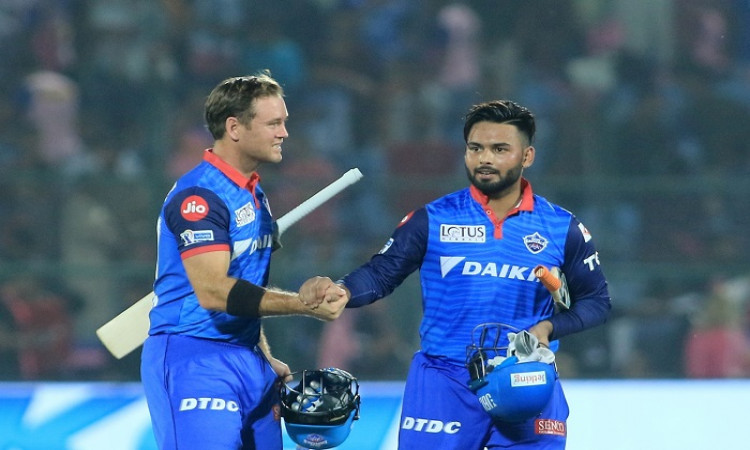 Chasing the target, Delhi were off to a flying start as the openers added 45 runs in just the first five overs. Shreyas Gopal finally applied brakes on the 72-run opening partnership as he packed back a well-settled Dhawan in the eighth over before Riyan Parag also jolted the visitors. Parag sent back incoming batsman and Delhi skipper Shreyas Iyer (4) cheaply as Delhi could only manage to add five runs after the fall of Dhawan.

Shaw was then joined by Pant and the young duo denied Rajasthan any further inroads in Delhi's batting line-up as they sensible steered their side past the three-digit mark in 11.3 overs. Pant meanwhile, also notched up his half-century as he smashed Jofra Archer over the deep square leg for a maximum.

Gopal came with another breakthrough in 17th over as Shaw wanted to dispatch his delivery over the fence but ended up giving a catch to Parag at long-on. However, it was too late for Rajasthan as the visitors were just 28 runs away from victory.

Dhawal Kulkarni then picked Sherfane Rutherford in the 18th over but an unstoppable Pant kept the runs flowing and finally smashed Jaydev Unadkat for a six to help his side register a comfortable victory.

With this win, Delhi now lead the points table with 14 points while Rajasthan lie at the seventh spot.

For Rajasthan, Gopal scalped two for 47 while Kulkarni and Parag bagged one wicket each.

Put to bat, the hosts lost opener Sanju Samson (0) with just 5 runs on board. However, Rahane and Smith stitched a 130-run partnership for the second wicket. They took just 10.3 overs to help Rajasthan touch the three-digit mark. Rahane and Smith were batting at 70 and 35, respectively, at that time.

With everything going in Rajasthan's way, it was Axar Patel who made a much needed breakthrough for Delhi by sending a well-settled Smith to the hut with Rajasthan's score card reading 135 in the 14th over.

South African Chris Morris then cut short all-rounder and incoming batsman Ben Stokes' stay in the middle by dismissing him in the 16th over. Stokes while trying to clear the fence handed a catch to Iyer at long-on.

Soon after his departure, Ashton Turner (0), Stuart Binny (19) and Parag (4) also fell cheaply. But Rahane kept the scorers working and also notched up his ton to take his side to a comfortable total. His innings was laced with 11 boundaries and three sixes.

Kagiso Rabada accounted for wickets of Binny and Parag.