In the recently held IPL auction for the 14th season, Australia's Riley Meredith got picked to play for Punjab Kings in a record deal. 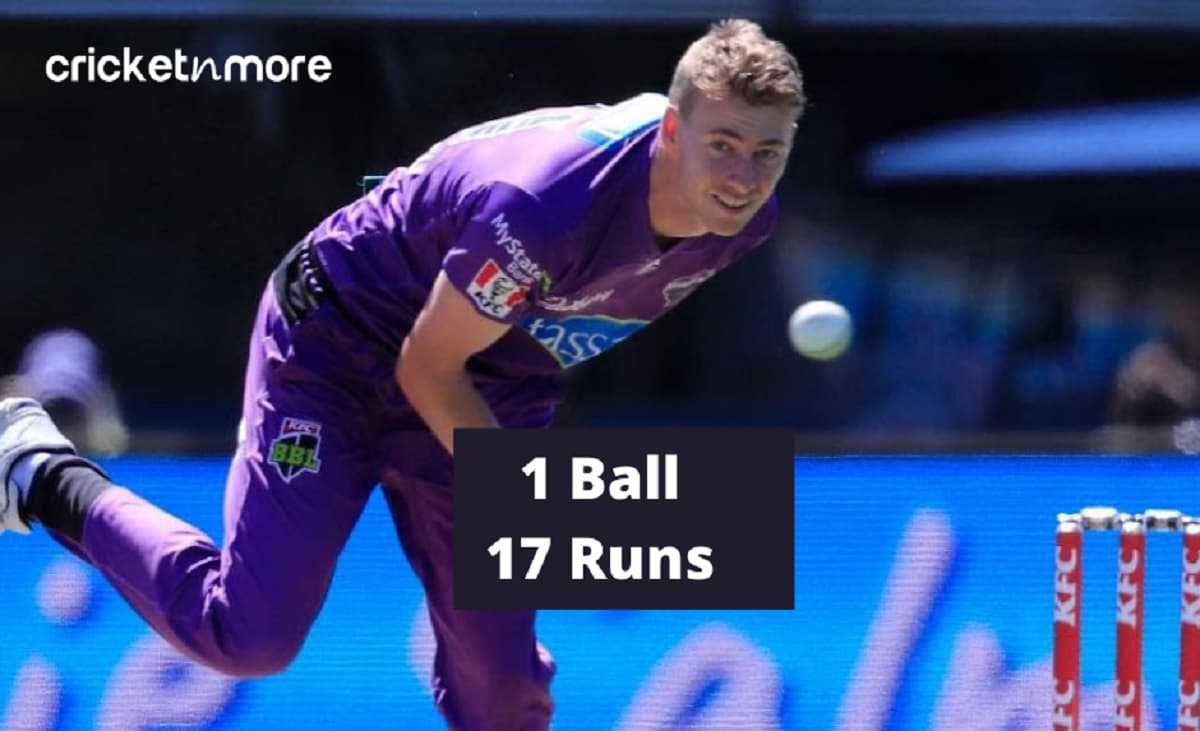 Punjab looked adamant to buy the Tasmanian-born fast bowler as they started a bidding war with Virat Kohli's Royal Challengers Bangalore. Meredith's price increased and was finally bought by Punjab for 8 crores to become the fifth most expensive uncapped player in the history of IPL Auctions.

Meredith made his List A and First-Class debut in 2017 and played his maiden Big Bash League(BBL) game in 2019. He came to the public's attention in the first year of BBL itself, but for all the wrong reasons.

While playing for Hobart Hurricanes against Melbourne Renegades, Meredith bowled an unusual over, or rather a bowl, in which he conceded 17 runs. In one particular delivery, Meredith bowled three no-balls, conceded five wides, and got for two boundaries. He ended up giving 43 runs in three overs in that match.