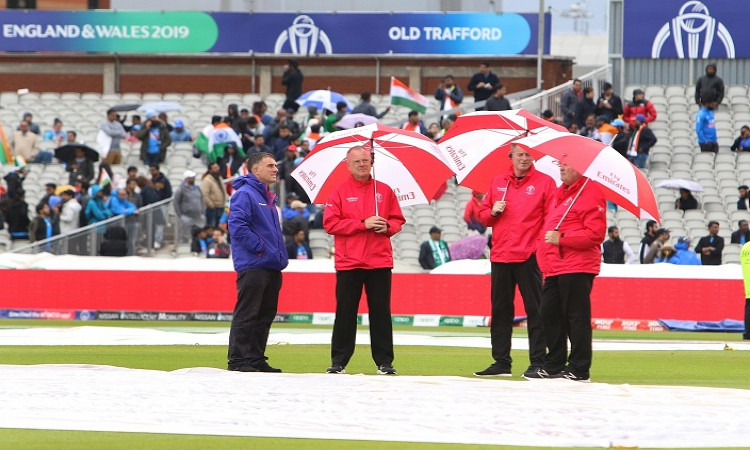 New Delhi, June 18 (CRICKETNMORE):  When the International Cricket Council (ICC) had announced that the 2019 edition of the 50-over World Cup will be played in a round-robin format consisting of only the top 10 teams, a lot of questions were raised. After all, restricting an event like the World Cup to just 10 teams meant depriving some of the associate nations an opportunity to showcase their skills on the biggest platform.

ICC had reasoned that they wanted competitive and fierce action on the field instead of boring, one-sided clashes which can be expected when a higher-ranked team plays an associate team or a qualifier. The international body was of the view that increasing the number of teams would not guarantee increase in viewership and hence, the tournament would become boring.

However, the showpiece event in England and Wales has failed to live upto the expectations as four games have been washed out so far thanks to the unpredictable English weather -- the highest in any edition. And going by the weather forecast, the possibility of some more matches getting affected or even abandoned due to rain cannot be ruled out.

Another important aspect which has been witnessed in the 23 matches that have been played so far is the lack of nervy, tense battles. Barring one or two games, none of the completed matches have been able to generate the curiosity and the anxiety levels which are expected out of World Cup games.

There have hardly been any cliffhangers and apart from some shows of individual brilliance -- like Shakib Al Hasan playing a brilliant innings against West Indies on Monday -- there have hardly been moments to write home about even as fans from across the globe arrived in England and Wales to be a part of the World Cup carnival.

On Sunday, the much-anticipated, high octane clash between India and Pakistan also turned out to be a damp squib even as fans paid huge sums of money to be a part of the biggest game of the World Cup. It was almost a no-contest after India vice-captain Rohit Sharma stole the show with a blistering century. If India's batting wasn't enough to knock Pakistan out of the game, Kuldeep Yadav produced a brilliant spell, including a beauty to dismiss Babar Azam, as the Pakistan batsmen cut a sorry figure.

Going by the results of the 23 matches that have been played so far, one can easily draw the conclusion that three of the 10 teams fighting it out in the showpiece event - India, England and Australia - are way too strong and organised to even be threatened by the rest of the seven teams. And it is nothing but a battle between the rest to fill that fourth spot and find a place in the semi-finals.

The consistency and domination shown by the likes of India, England and Australia is close to scary as the other teams have failed to even compete, let alone make it a contest to remember. South Africa's poor showing is the only surprise in what has otherwise been a sedate World Cup.