All the main members of the Indian squad for the T20 World Cup will depart for Perth on Thursday, where they will be based for a week to adjust to the Australian conditions. 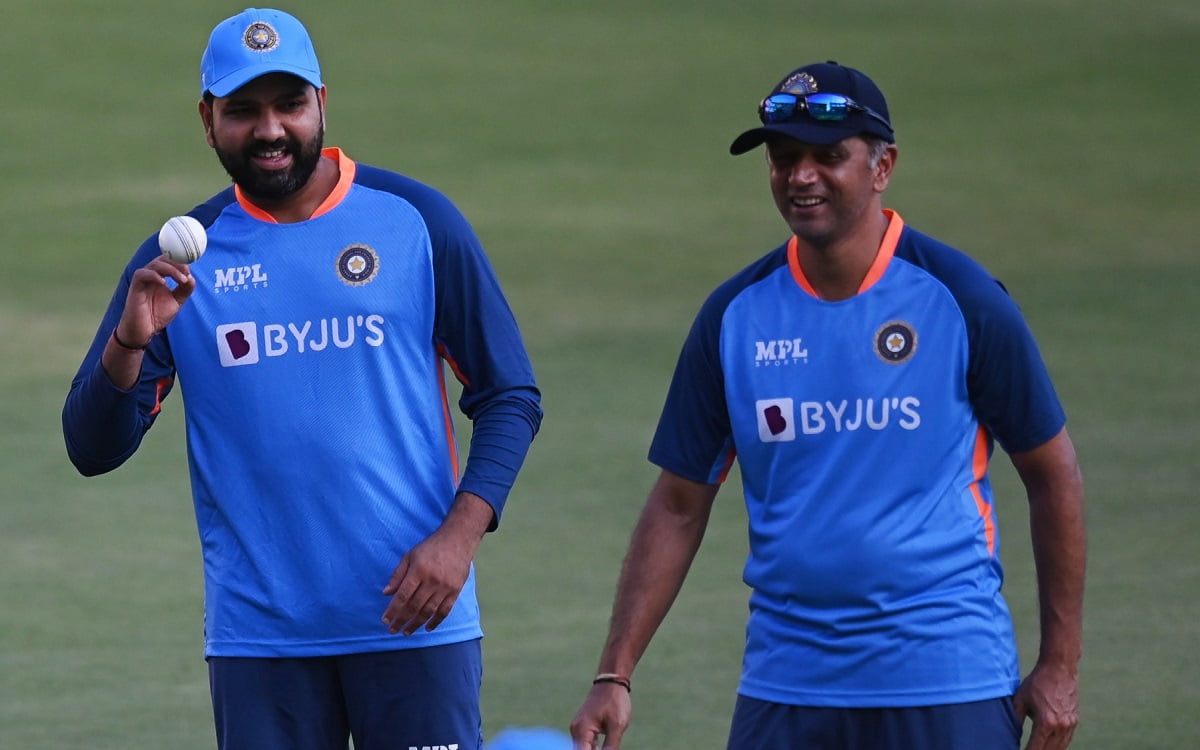 With a second-string India squad led by Shikhar Dhawan to take on South Africa in the upcoming three-match ODI series at home, it means that all the main members of the squad for the T20 World Cup will depart for Perth on Thursday, where they will be based for a week to adjust to the Australian conditions.

India head coach Rahul Dravid had his say on the side departing early for Australia, explaining that being based in Perth will help the team adapt to the pace and bounce offered by the pitches in Australia, especially with nearly half of the side not having played a T20 game in the country before.

"We will get an opportunity to spend a few days and sessions in Perth and then have a couple of matches there. Australia is quite unique in terms of the pace and bounce on those wickets and a lot of our players have not played a lot of T20 cricket in Australia," said Dravid in the post-match press conference after India lost third T20I by 49 runs to South Africa.

From the main squad, Harshal Patel and Deepak Hooda had toured Australia but as members of India U19 side in 2009 and 2013 respectively. Suryakumar Yadav and Arshdeep Singh haven't had the experience of playing competitive cricket in the country. From the travelling reserves, leg-spinner Ravi Bishnoi has never played cricket in Australia.

"The idea was to give ourselves a chance to practice a little bit more, get acclimatised (to the conditions) and get some game time in to practice. Having been to Australia before (in his playing days), it takes some time to get used to that pace and bounce and hopefully once we practice, we would be able to have discussions around the sessions, strategies and tactics of how we need to play."

"It is important (to go early) as we get little bit of extra time and have got quite a young squad which have a lot of people who have not played a lot of cricket in Australia. So hopefully that should help us," added Dravid.

The same reasons were echoed by captain Rohit Sharma on departing early for Australia and being based in Perth for a week, where they will also play practice matches against Western Australia state team.

"Lot of the guys haven't been to Australia. That was the reason we are going there early and get used to the conditions there, which is why we are first going to Perth, try and play on those bouncy pitches and see what we can do there. Out of the fifteen squad members, only seven or eight members have been to Australia before, so half of the squad has not been there before."

"We wanted to make the effort to go in early and get some practice games, like we have organised a couple of practice games against Western Australia plus there are two ICC practice games. So, that will help us get into our rhythm, what sort of combinations we can play," said Rohit in the post-match presentation ceremony.

After their camp in Perth, India will travel to Brisbane to play official T20 World Cup warm-up matches against Australia and New Zealand at The Gabba on October 17 and 19 respectively. India, the inaugural T20 World Cup winners in 2007, are in Group 2 of Super 12 stage at T20 World Cup, alongside Pakistan, Bangladesh, South Africa and two qualifiers.