The presence of Ajinkya Rahane in the Delhi Capitals (DC) middle order brings stability to the team's batting line-up, says opener, Shikhar Dhawan. Both players scored half-centuries in DC's win over Royal Challengers Bangalore (RCB) in their final match of the group stage that assured them a top-two finish. 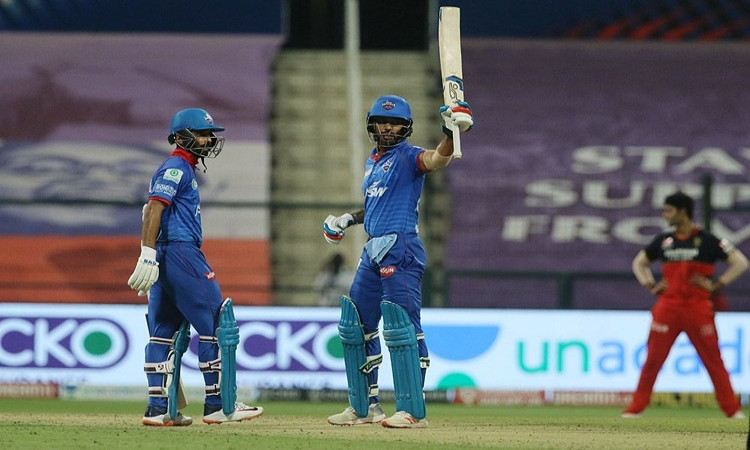 "Yes, of course, his presence allows me to play freely. He brings a lot of stability in the middle order, and day before yesterday, he played an amazing knock -- it's always an advantage when he is there in the side, and I can play more freely when he is at the other end," Dhawan said in a virtual press conference ahead of their qualifier against Mumbai Indians.

Dhawan, 34, has been in scintillating form this season. He has scored 525 runs with two centuries to his name, both of which notably came in consecutive matches.

"I've been scoring over 500 for the past four years so all should be best -- but this season, I've also scored two centuries and had two ducks, which is something that I've never done before. But the key for me is to maintain my form and help my team. For me, all seasons are good. I always play with good intent and passion," said Dhawan.

On what head coach Ricky Ponting brings to the table, Dhawan said having the former Australian captain is a huge advantage.

"He always backs us with everything and gives us clarity in difficult situations. He's always ready for open chats -- he would ask for feedback about the coaching staff also -- to get the best out of the team. So he's got great communication with all of us -- not just the playing XI, but everyone, and he's been really fantastic for us," said Dhawan.