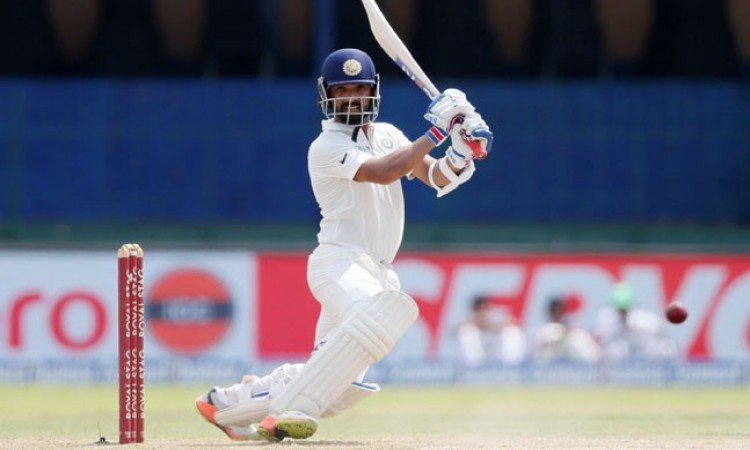 Johannesburg, Jan 26 - Batsman Ajinkya Rahane took charge of the second innings after India lost two wickets in the second session to reach 199/6 at tea against South Africa in the third and final Test at the New Wanderers Stadium here on Friday.

Rahane (46 batting) and Bhuvneshwar Kumar (23 batting) who notched up a 51-run unbeaten seventh wicket stand were at the crease, helping India take a 192 run advantage when the umpires called an end to the second session.

Resuming the session on 100/4, skipper Kohli (41) who looked to take charge of the Indian innings was the first wicket to go when Rabada produced a back of length delivery which ended up hitting the off stump.

The Delhi batsman hit six boundaries in his 79-ball innings.