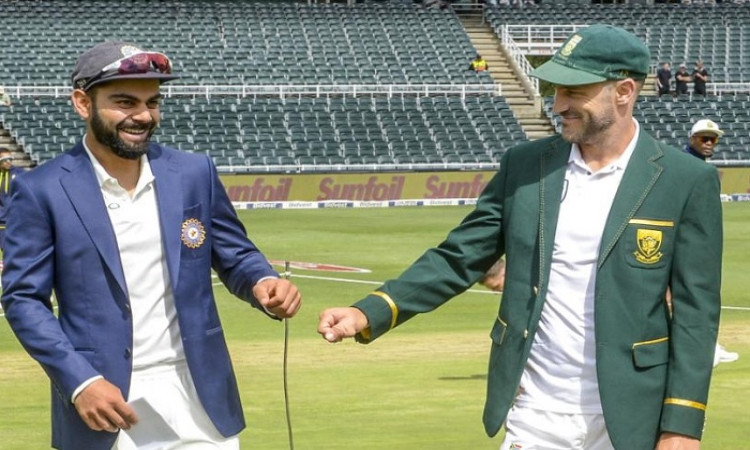 India have made one change to their playing XI which featured in Visakhapatnam. Right-arm pacer Umesh Yadav has been included in the side in place of Hanuma Vihari.

"We are batting first. Looks like a hard wicket. Runs on the board and on this surface, the ball will eventually turn here on Day 2 and 3, so Day 1 will be the best time to bat," said Kohli after winning the toss.

"The players were putting pressure on me to win the toss. With the grass on the pitch and the reverse option on this track, we needed a new seam option. Vihari misses out unfortunately and Umesh Yadav comes into the side."

South Africa have also made one change to their playing XI. They have handed debut to pacer Anrich Nortje in place of spinner Dane Piedt.

"There is a bit of grass on this morning, but I was asking Virat to teach me the sleight of hand trick to win tosses in India. We are bringing in Nortje for Piedt, so just a bit of extra pace here. That first innings was positive, that showed that we could score big even in India. A Test debut for any player is a special thing," said South Africa captain Faf du Plessis.