Preview: India to play for pride, England for Cook in 5th and final Test

London, Sep 6 (CRICKETNMORE) - India will have only pride to play for after going down in the fourth Test and losing the five-match series 1-3 against England who will see former captain Alastair Cook don the white flannels for the last time, in the fifth and final Test at The Oval here on Friday. 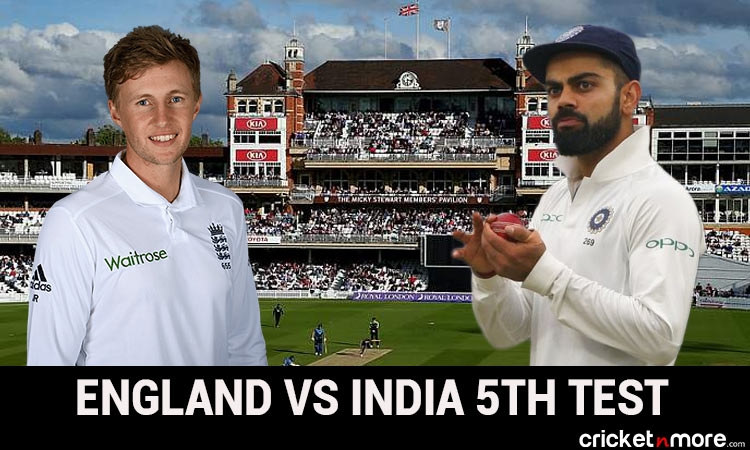 The final match might only be of academic interest but India skipper Virat Kohli will want to finish on a high nonetheless.

Head coach Ravi Shastri, on Tuesday, rated the team the "best travelling side in last 15 years", although being factually incorrect.

India under Sourav Ganguly drew a Test series in England (2002) and Australia (2003-04) apart from winning a Test in the West Indies and a series in Pakistan.

Under Rahul Dravid, India won two series in the West Indies (2006) and England (2007) apart from winning a Test in South Africa.

When Anil Kumble was made the captain, India bagged a Test match win in Perth for the first time and under Mahendra Singh Dhoni, the team won a series in New Zealand and also for the only time drew a series in South Africa.

Kohli and Co. on the contrary have failed to win a series in South Africa followed by the ongoing debacle in England.

India have retained the number one Test ranking despite series losses overseas where their batting frailties have time and again been exposed and bowling, although, doing well, have failed to put up a winning show.

India's team selection has been an eye-sore too starting from the South Africa tour with a lot of decisions raising more than an eyebrow.

The lack of consistency in the top order has affected the team balance with a number of players not being among runs.

Now with only pride to play for, India might opt for India's U-19 World Cup winning captain Prithvi Shaw to open the batting along with Lokesh Rahul or Shikhar Dhawan. Both Dhawan and Rahul have failed to make a mark in the series and Murali Vijay has already been sent home before the fourth Test.

The other player brought in is Hanuma Vihari who besides being a middle-order bat, is also a handy spinner. All-rounder Hardik Pandya has been off-colour with the bat and the team management could think of the road ahead and give Vihari a chance.

Coming to the bowling department, pacer Jasprit Bumrah could be rested keeping in view the Asia Cup beginning next week in the United Arab Emirates.

The pacer, along with Shardul Thakur, is part of India's limited-overs' squad and as such Umesh Yadav could make a comeback into the Test side.

For England, this Test will revolve around Cook who called time on his illustrious career recently. Pace ace James Anderson or Stuart Broad could be rested in the light of their workloads, as Chris Woakes is fit again and available for selection.