India pacer Prasidh Krishna has made big gains in the ICC Men's ODI Bowling Rankings after a 'Player of the Series' performance in the series against the West Indies in Ahmedabad. In the s 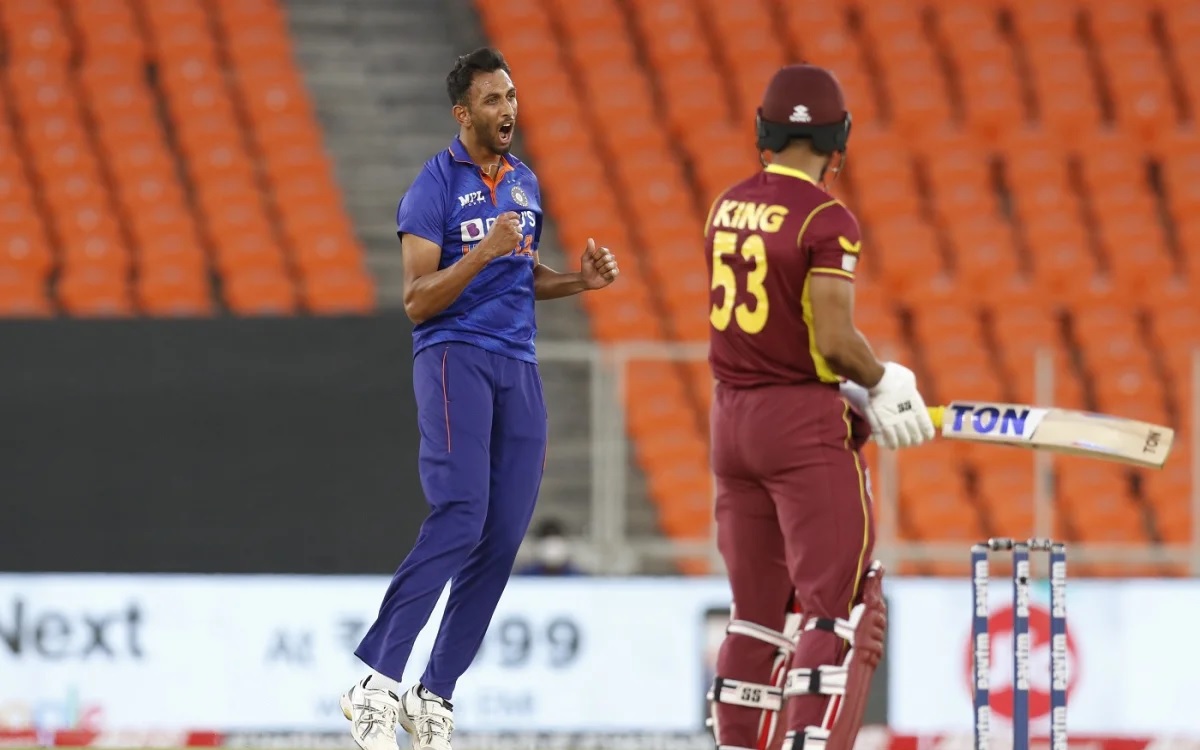 India pacer Prasidh Krishna has made big gains in the ICC Men's ODI Bowling Rankings after a 'Player of the Series' performance in the series against the West Indies in Ahmedabad.

In the series where India won 3-0, Krishna took nine wickets in three matches at an average of just 7.55 and an economy rate of 2.50.


Stats: Highest Strike Rates In An Innings In India vs West Indies T20Is

Krishna's performance -- he had emerged the leading wicket-taker across both sides -- has propelled him to jump 50 places from 94th to 44th in the ODI bowlers' rankings.

For the West Indies, pacer Alzarri Joseph took two wickets in each of the three matches in the series to earn himself a place in the top-20 bowlers' list at 20th place.

Another player from the series to make gains in the rankings is Rishabh Pant, who added a half-century in the third match to move to a career-best of 469 points at 71st place.

Shreyas Iyer, who made an 80 in the third match to help the home side complete a 3-0 series win, gained 13 places to be at 61st place in the rankings.

India will now take on the West Indies in the T20I series starting later on Wednesday in Kolkata.

In terms of Men's T20I bowling rankings, Australia pacer Josh Hazlewood has moved up to a career-high number two. Hazlewood returned his best-ever T20I figures in the series opener against Sri Lanka, taking 4/12 in a spell, before capping another haul of 3/22 last week, with a match-sealing Super Over that went for just five runs.

Hazlewood is now number two in the men's T20I bowlers' rankings, just one point behind South Africa's Tabraiz Shamsi. In the series against Australia, Wanindu Hasaranga took five wickets in the first two matches, but having missed the final match due to testing positive for COVID-19, it wasn't enough for him to continue onto the top spot, as he dropped to the third place in the T20I bowling rankings.

Hasaranga's teammate Maheesh Theekshana was up 16 places to 29th on the bowlers' list.

In the batters list, Sri Lanka's Pathum Nissanka topped the run-scorers in the T20I series with Australia with 125 runs across the three games to move up 42 places and become joint 21st.

The big mover on the all-rounders' rankings is UAE's Rohan Mustafa, who climbs five spots and into the top 10 at seven.

Dipendra Singh Airee from Nepal was the leading run-scorer in the Quadrangular T20I tournament held in Oman with 142 runs which helped him up 63 places to 53rd with the bat.