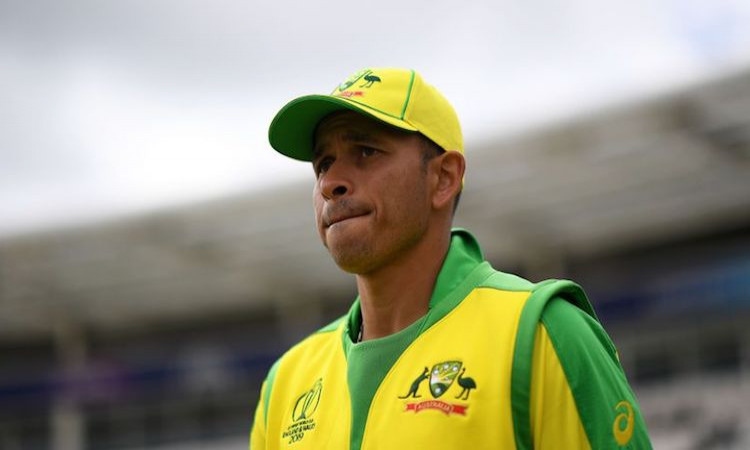 May 28 (CRICKETNMORE) - The winning feeling is back in Australian cricket and batsman Usman Khawaja knows their form is no fluke. Khawaja scored a fluent 89 as Australia continued their ICC Men’s Cricket World Cup preparations in positive fashion, downing Sri Lanka by five wickets at the Hampshire Bowl.

With a 3-2 series win in India also on their 2019 formbook, this upturn in performances has not come out of the blue.

Confidence is therefore high as the defending champions look to hold onto their crown, hopeful a positive dressing room can translate to victories on the biggest stage of all.

“Behind the scenes we’ve put in a lot of hard work, you need that to be able to compete at this level,” said Khawaja.

“Everyone has put in a lot of effort. We had India over in our place for a series and while we lost, that was a big turning point for us.

“They’re one of the best sides and we gave them a run for their money. Then we went to India, lost the first two matches and went on to win the series. We always had the confidence we could do that.

“Winning is a habit, we say that a lot among the team. We want to keep that going, we might have lost that before, but we might have found that again heading into the World Cup.

“This time last year there was a lot of talk about our batting, everyone has their different plans – it’s just about winning games and we’re managing to do that.”

Khawaja had a scare when a blow to the knee brought a premature end to his day in the field, recovering suitably to profit with the bat as Australia successfully chased 240.

Lahiru Thirimanne was the only other player in the match to pass 50 with Khawaja enjoying his spell as an opener, despite watching skipper Aaron Finch depart early.

The make-up of Australia’s top order remains up for discussion but whatever position the World Cup rookie takes, he remains happy to fulfil his role for the team.

The 32-year-old added: “I wasn’t thinking about securing an opening berth, we’ve looked to be clinical and not take it lightly. We’ve won three warm-ups here, and it was more about us continuing the winning ways in Dubai and India.