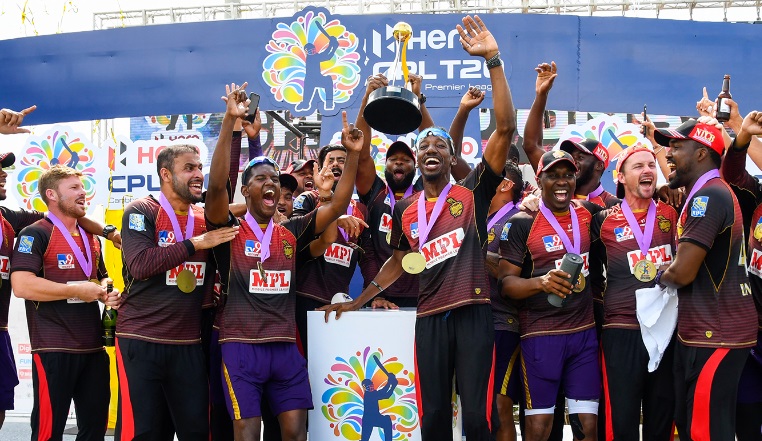 Lendl Simmons and Darren Bravo ensured Trinbago Knight Riders completed the first perfect season in franchise T20 history as their team defeated St Lucia Zouks by eight wickets in the final of the Caribbean Premier League (CPL) 2020 and win the trophy for a record fourth time.

Simmons and Bravo on Thursday shared an unbroken partnership of 138 off 88 balls, the highest of CPL 2020 and the highest ever in a final, as they helped Knight Riders chased down a competitive target of 155 with 11 balls to spare.

Batting first, Zouks put up what seemed a competitive total, but ultimately a loss of 7/39 off the last 32 balls of their innings cost them dearly against this history-making Knight Riders squad.

Wicketkeeper Andre Fletcher top-scored for the Darren Sammy-led side by playing a valuable knock of 39 runs, followed by Mark Deyal's 29 and Najibullah's 24.

For the Knight Riders, captain Kieron Pollard starred with the ball as he returned with figures of 4/30 in his allotted four overs.

Chasing the target, Knight Riders did not have a great start as they lost two quick wickets within the first four overs. However, Simmons joined hands with Bravo and both steered the team to a historic and rather comfortable win in the 19th over of the game. While Simmons played an unbeaten knock of 84 -- his 49-ball knock was studded with eight 4s and four 6s, Bravo remained not out on 58 with the help of two 4s and six 6s.