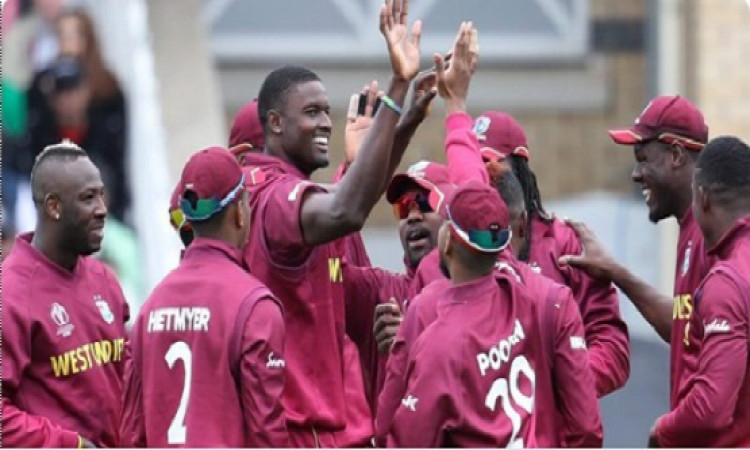 June 15(CRICKETNMORE) West Indies skipper Jason Holder has urged his batsmen to play more responsibly and take ownership of their innings after England thumped them by eight wickets in their World Cup clash at the Rose Bowl in Southampton.

On Friday, West Indies lost wickets at regular intervals and were eventually bowled out for 212, which England chased down easily with more than 16 overs to spare. Joe Root starred with the bat for the hosts as he scored an unbeaten century and helped his team earn their third win in the ongoing tournament.

Also Read: Root is the glue that holds England together: Morgan

Apart from Nicholas Pooran, who played a calculated knock of 63, none of the other Windies batter showed the temperament to stay long at the crease and played rash shots to give away their wickets.

"We didn't have enough runs on the board. We lost wickets at regular intervals and there were a few careless shots as well. If we had just hung around and got a couple of partnerships, we could have gone a bit deeper," Holder said after the match.

"We lost the game in the middle overs. Our batters needed to take more ownership and form a few more partnerships. We needed to dig in deep and need to correct it. It has happened twice in two games now," he added.

The West Indies, who started the tournament with a bang beating Pakistan by seven wickets, then lost momentum and went on to face defeat against Australia after being in a commanding position. Their next game against South Africa had no result before their defeat to World Cup favourites England.

The Windies skipper also said that the team needs to make improvement in all the three departments of the game if they have to beat Bangladesh in the next encounter on Monday.

"We can't control the past and the future is something we can control. We need to tighten up in all three departments," he said.

England are now second in the points table with six points from four games while the West Indies are placed sixth with just three points in their kitty from four matches.