Picking Up 9 Wickets In The 4th Innings Was 'Great Work' By The Team: Rahul Dravid

India head coach Rahul Dravid appreciated the efforts of the bowlers in taking out nine wickets on day five in the drawn first Test against New Zealand at the Green Park Stadium on Monday. He added that pitch did not challenge outer as well as inner edges on day five. The last-wicket New Zealand pair of Rachin Ravindra and Ajaz Patel were defiant in keeping India away from a win, managing to save the match in a thrilling draw. 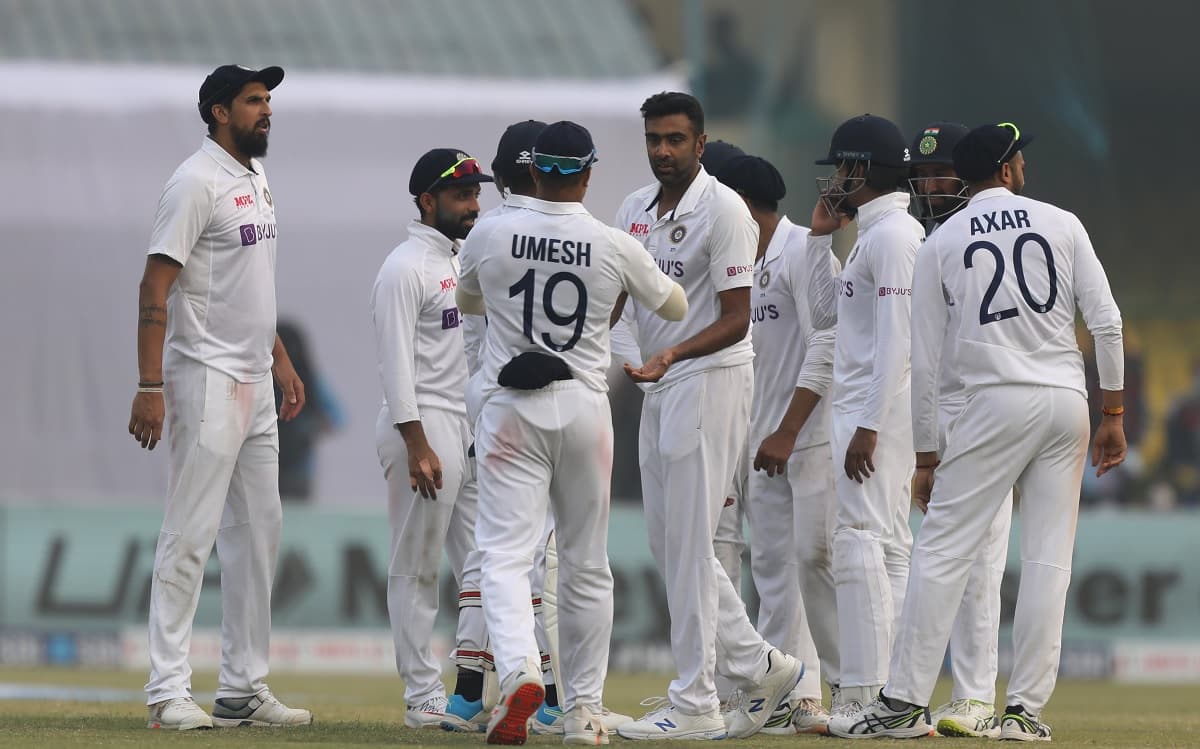 "I guess the facts of the pitch were that it was probably low and slow, didn't have that much of bounce and turn. You probably expect a little bit more of wear and tear on these wickets in Indian conditions over the course of five days. It just didn't seem to have that kind of bite. It's generally in India on Day Five where you can challenge both edges, at least the spinners can challenge the outside edge for the catches and beat people on the inside edge for the lbw. In this game, the outside edge was virtually ruled out, and even till the last day none of the edges were carried. I can't even remember a catch close to the edges. I think Bharat took a couple but other than that, it felt there was only one way to get people out which is bowled and lbw, which was probably true in the last session," said Dravid in the post-match press conference.


Rahul Dravid Backs Rahane After A String Of Failures, Says He Has 'Done Well In The Past'

"Inspite of that, I think we did a great job in prising out nine wickets on the last day. I have played in Kanpur before but it was slower and lower than I have experienced anything here before. Usually, on Day Five, you should get a bit more help, cracks widen up a little bit. Maybe it's winter or what it was, it felt like if you wanted a block or wanted to score runs, then it felt really difficult to get people out. We saw that as quality guys were able to make a game out of this otherwise it could have easily become a dull draw," added Dravid.

Dravid praised the team for showing the gumption to fight and maintaining their composure on what he felt was an 'unresponsive pitch' and admitted that light would have faded anytime in the closing stages of the match. "It was expected. I mean, we kind of knew the light was going to dip at that point in time. It has been happening sort of every day. Not very difficult. I mean, the guys were pretty switched on."

"I thought we showed composure and great fighting spirit to be able to, sort of, worked really hard in that last session on what was quite an unresponsive pitch even on the fifth day. I think the guys were very good and did a really good effort, considering what it was to take eight wickets after lunch, three in that session, and five in the last one. Really run the game close and with a little bit of luck, could have gone our way as well. But I think the guys fought really hard today."

The 48-year-old defended the timing of the declaration by India in the second innings, saying that the team had timed it well. "No, I don't think so. That's not my reading of the game. Till half an hour before we declared, we were under pressure. All the three results were possible. To be very honest with you, if we had got out, obviously Wriddhiman Saha showed great courage and character in batting with stiff neck he had, we had lost last three wickets quickly and they would have been chasing 230-240 in 110 overs, then they were looking at 2.2 or 2.3 runs per over."

"I thought we timed our declaration really well. We lost Shreyas just before tea and then we had that partnership which was really critical for us from 167/7 to get to 234/7 was absolutely necessary. This wicket was really flat and if it was bouncing or turning and had both edges in play, there would have been a different situation. Even today if you could walk into a ground and see that the opposition needs under three runs an over, that's not a lot of runs if a couple of batsmen get set. I thought we did well, timed it well, managed to get a wicket yesterday, and came close today. So, we timed it well. You people forget that we were under pressure as well even 45 mins before we declared."