Pandya will come out stronger: Kohli 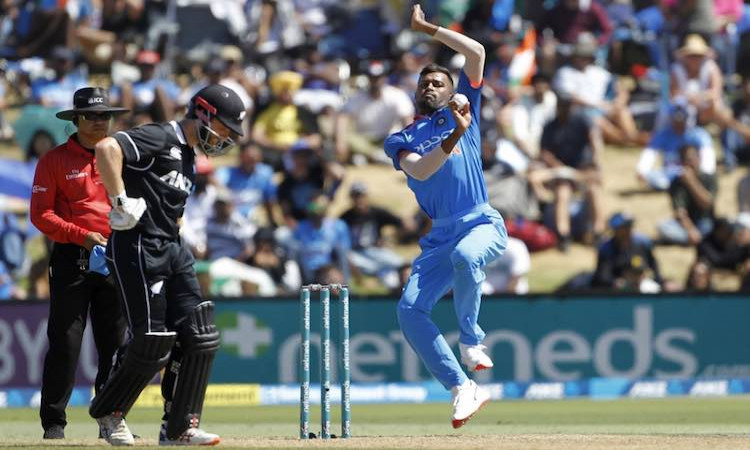 Mount Maunganui, Jan 28 - India captain Virat Kohli on Monday said all-rounder Hardik Pandya will come out a "better cricketer" after making a comeback to the side following his sexist remarks on a television show.

Pandya, who is still facing an inquiry for his loose talk on women, took two crucial wickets and a brilliant catch to send back skipper Kane Williamson as India clinched the ODI series by winning the third match against New Zealand by seven wickets.

"In life, there are only two ways to deal with a situation like that. Either you hit rock bottom or you can learn from the situation and see it as a motivation to make things right," Kohli told reporters.

"For a cricketer, there is nothing more dear than the game. You put all your energy in the game, if you respect the game, the game will respect you back. There is no rocket science."

The Indian captain said Pandya is already on his road to redemption.

"You don't need do anything extra (in a situation like Pandya's). Whoever comes out of it positive, his career can scale new heights, like we have seen with many cricketers in the past.

"I hope he goes on that right path and emerges as a better cricketer and I think he can do that," said Kohli.

Pandya was sent back home from Australia earlier this month after the BCCI suspended him and opener Lokesh Rahul pending an inquiry.

The Committee of Administrators (CoA) then revoked their interim suspension last week and now their fate will be decided by an Ombudsman to be appointed by the Supreme Court.

Kohli said any team in the world would love to have Pandya.

"It is very very good to have him. He provides balance to the team. The way he bowled today showed that he went back and was practising his skills. You can tell with his intensity, he picked up two crucial wickets as well.

"He is someone who will give you those important contributions in all three departments. The team also looks much more balanced with him around. He is in a good head space and I hope he can continue with that," added Kohli.