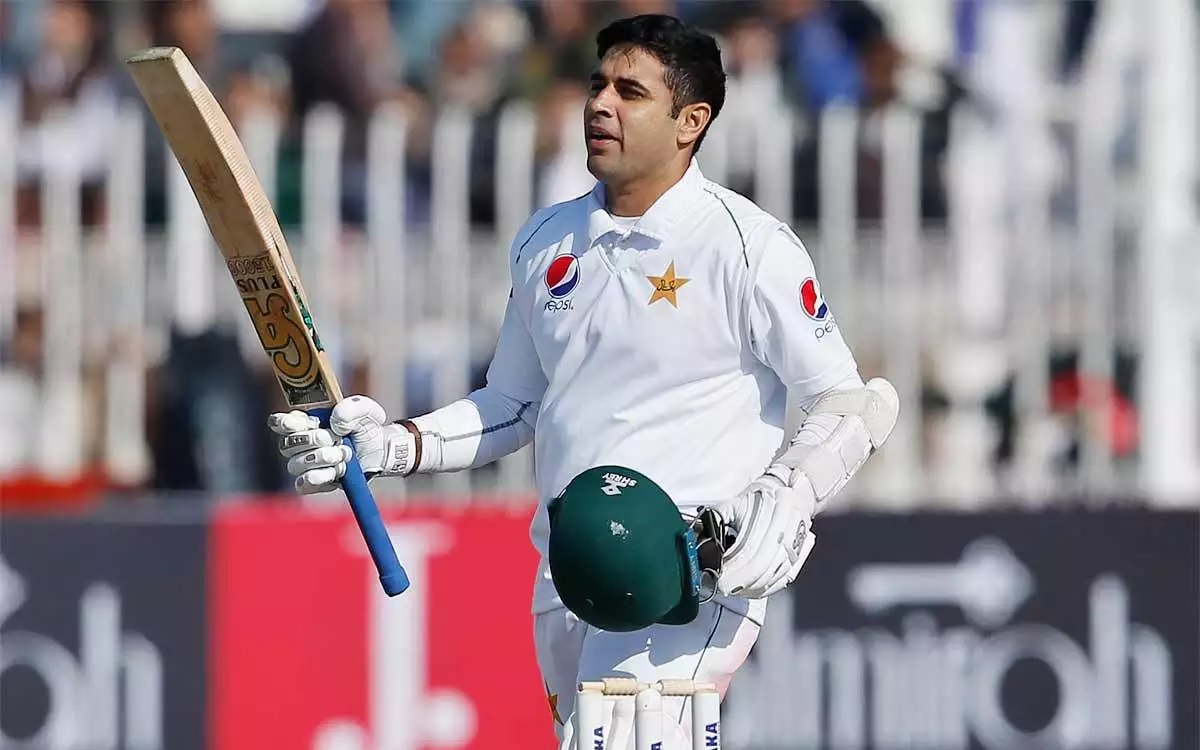 Pakistan Test player Abid Ali has been diagnosed with acute coronary syndrome after the 34-year-old complained of chest pain and was rushed to hospital during a Quaid-e-Azam trophy match here on Tuesday afternoon.

Reports had said that Abid, who plays for Central Punjab, felt pain twice while batting against Khyber Pakhtunkhwa at UBL Cricket Ground here. Abid was unbeaten on 61 when he returned to the dressing room.

The Pakistan Cricket Board (PCB) said that the cricketer is "currently stable".

In their statement, the PCB said, "Central Punjab opener Abid Ali complained of chest pain during his innings against Khyber Pakhtunkhwa in the Quaid-e-Azam Trophy final-round match at the UBL Sports Complex, Karachi (on Tuesday). Abid left the batting crease at 61 in Central Punjab's second innings.

"Abid was taken immediately to a cardiac hospital where he was diagnosed as a case of Acute Coronary Syndrome. He is under the care of Consultant Cardiologist who is liaising with PCB medical team regarding further treatment. He is currently stable. It is requested to respect his and the family's privacy at this time. More details will be provided in due course," the PCB said.

Abid Ali returned to play for his domestic side Central Punjab after a brilliant outing in the two Tests against Bangladesh. He scored 133 and 91 in the two innings of the first Test in Dhaka and was awarded the 'Player of the Match' in Pakistan's eight-wicket win.

In the second Test, he scored 39 in Pakistan's only innings as the visitors secured a thrilling innings win by eight wickets to finish a clean sweep. He finished as the highest run-getter in the series and took home the 'Player of the Series' award.