Pakistan will take on England in the 5th T20I after making a comeback in the fourth match and levelling the 7-match series to 2-2. 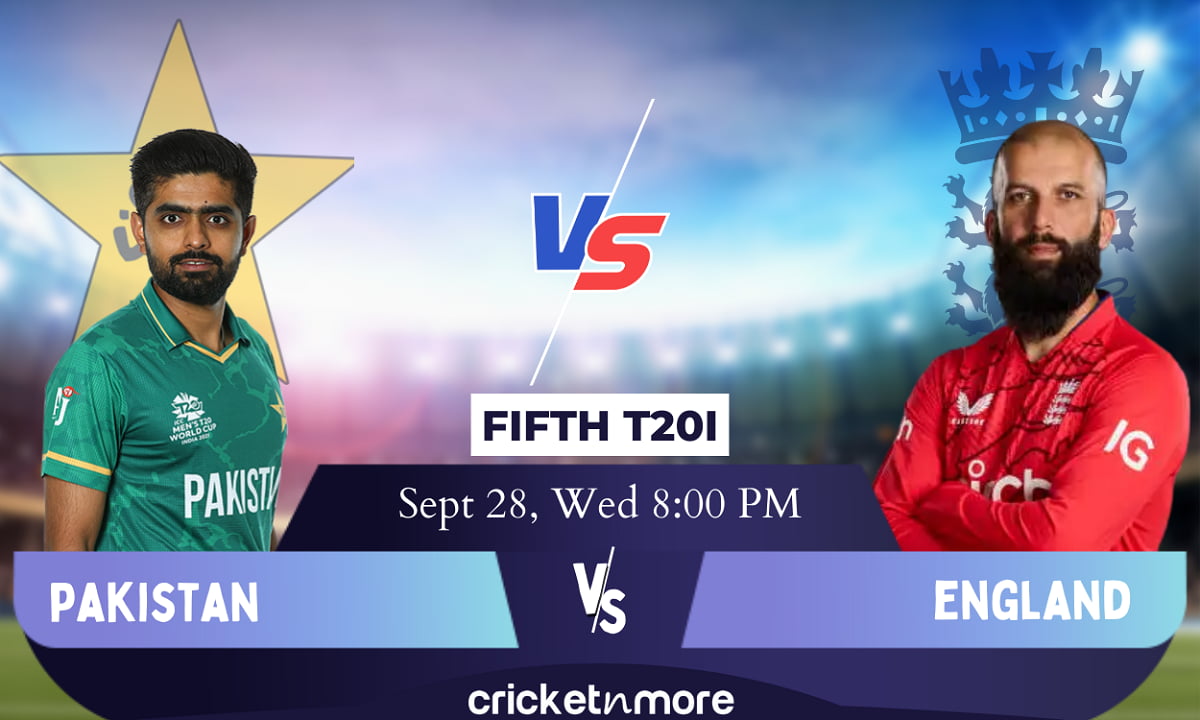 Pakistan will take on England in the 5th T20I after making a comeback in the fourth match and leveling the 7-match series to 2-2.

In another nail-biting match, Pakistan edged England to level the series by 2-2 after defeating the visitors by mere three runs in the fourth T20I and now they will look to gain upper hand by winning the 5th T20I on Wednesday, September 28 at Lahore.

In the 4th match, Pakistan batted first and got off to an impressive start with a 97-run opening partnership, where Rizwan (88 runs in 67 balls) scored another terrific fifty and skipper Babar (36 runs in 28 balls) added important runs to his account. But the middle order found themselves squeezed in the end.

English bowling side bowled well, Reece Topley grasped two wickets, and one wicket each was scalped by Dawson and Willey. The rest of the bowlers went wicketless.

England came to chase the lowest total of the series but their top order collapsed early. In the middle Ben Duckett (33), Harry Brook (34), and Moeen Ali (29) played good knocks but after they fell, Liam Dawson took the game till the end and scored 34 runs off 17 deliveries.

Dawson took the English side on a verge of victory but after he fell in the 19th over, the team wasn't able to score 3 runs of the final over and lost the game by the same margin.

For Pakistan, Haris Rauf and Nawaz bowled incredibly well and claimed three wickets to their name, Hasnain took two, whereas Mohammad Wasim got one.

England would start as favorites to win the 5th T20I against Pakistan and will look to take the momentum back.