Pakistan and England will face off in the 1st T20I of the seven-match series on Tuesday, September 20th in Karachi. 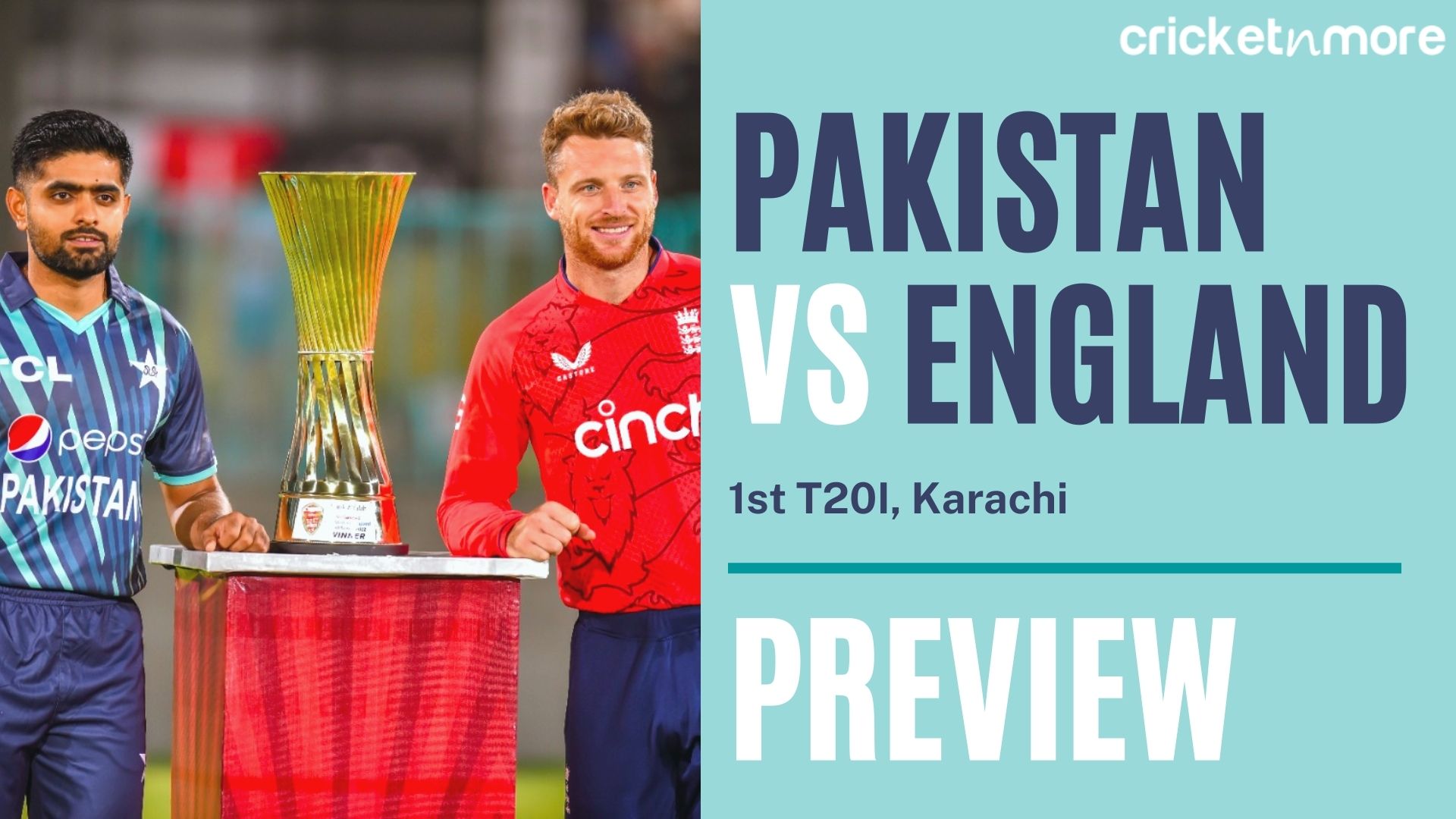 Pakistan and England will face off in the 1st T20I of the seven-match series on Tuesday, September 20th in Karachi as both teams eye preparation for the upcoming T20 World Cup 2022.

Pakistan will enter the field with a prime motto of learning from their mistakes made in the Asia Cup 2022, when Babar Azam-led side will face England in the first game of the seven-match T20I series at Karachi on September 20, Tuesday.

Whereas, England will be hoping to get a good start when Moeen Ali, who has been given the responsibility to lead the English team for the first match, will step up at the Rawalpindi Stadium after seventeen years. The last time the English team played in Pakistan, the results didn't favor the visitors but they were able to win a consolation game at Rawalpindi.

Pakistan is led by batter Babar Azam who went unimpressive with the bat by scoring a meager 68 runs out of six games in the recently held Asia Cup. Apart from him, the team played brilliantly despite their ace bowler Shaheen Afridi's exclusion from the tournament. Top T20I batter Mohammad Rizwan did good work for his team as he became the top scorer in Asia Cup with 281 runs to his name in six matches.

Iftikhar Ahmed and deputy Shadab Khan also did well with both bat and bowl but the biggest X-factor that highlighted Pakistan was the bowling attack led by Mohammad Nawaz, Naseem Shah, and Haris Rauf. Due to their bowling efforts, Pakistan was able to make a place in the final of the tournament.

Talking about the England team, after the retirement of World Cup-winning captain Eoin Morgan, the English team had disappointed under the captaincy of Buttler. The team lost the T20I series to India in England where the team fell flat in all the departments.

In the important series ahead of the T20 World Cup England hasn't arrived with a full fledge squad, experienced batter Jonny Bairstow is not included in the team due to injury, and regular skipper Jos Buttler is also given rest for the first T20I.

Both sides will look to perform well and execute plans for the upcoming T20 World Cup.

Both teams have given rest to a few of their key players so the 1st T20I between PAK vs ENG is expected to be a close contest.

Pakistan: Fakhar Zaman is excluded from the team, Rizwan is likely to be rested and there are still no updates on Shaheen Afridi's injury.
England: Jonny Bairstow ruled out due to injury.

India Vs Australia
Match yet to begin