'Pakistan are back in this World cup'- Imran Khan 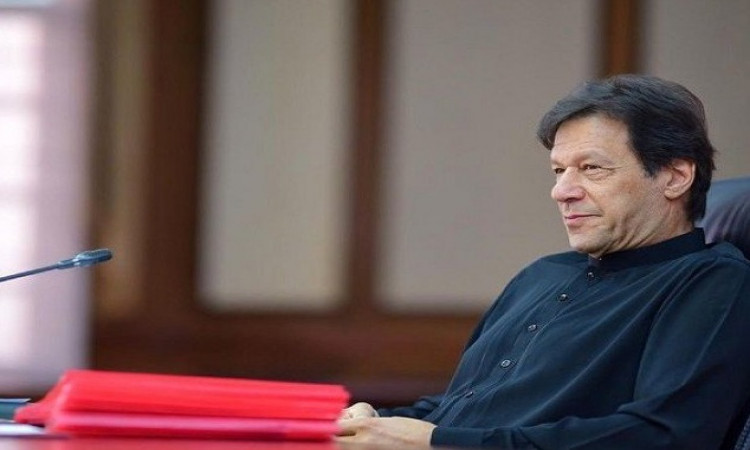 Pakistan were in a spot and were brutally criticised by former cricketers and fans on social media following their loss to arch-rivals India on June 16 at the Old Trafford.

Also Read: We were outplayed by a great Pakistan side: Williamson

However, they made a strong comeback in their next fixture as they defeated South Africa by 49 runs, knocking them out of the competition on June 23 at Lord's.

And on Wednesday, Pakistan came out with a brilliant bowling performance as they first restricted the Black Caps to 237/6 at a tricky Edgbaston wicket. Left-arm pacer Shaheen Afridi was the pick of Pakistan bowlers as he scalped three wickets and also bowled three maidens out of his 10 overs, giving away just 28 runs in his spell.

The Green Brigade then rode on Babar Azam's unbeaten century to chase down the target with six wickets in hand. Along with Babar (101*), Haris Sohail also made significant contribution with the bat and scored 68 runs.

"Congratulations to our cricket team for a great comeback. Congratulations especially go to Babar, Haris and Shaheen for their brilliant performances," the Pakistan Prime Minister tweeted on Wednesday night.

"Brilliant batting by Babar Azam and Haris Sohail, special win for Pakistan. Babars batting through the innings has made all the difference. The talent of Haris Sohail, his shot making is pure class. Pakistan are back in this World cup!" tweeted Afridi.

"Match winning inning from Babar Azam. Brilliant display of talent by Haris Sohail. What a class act he is turning out to be. Shaheen Afridi bowled with pace & aggression. Pakistan Zindabad. One step closer to the dream," said Akhtar.

The win ensured that Pakistan remain in the hunt for a berth in the semi-finals. And while the team currently has seven points from as many matches, they need both luck and wins in their remaining two matches to ensure a path ahead in the knockout stages.