Not too concerned on missing out century: Ajinkya Rahane 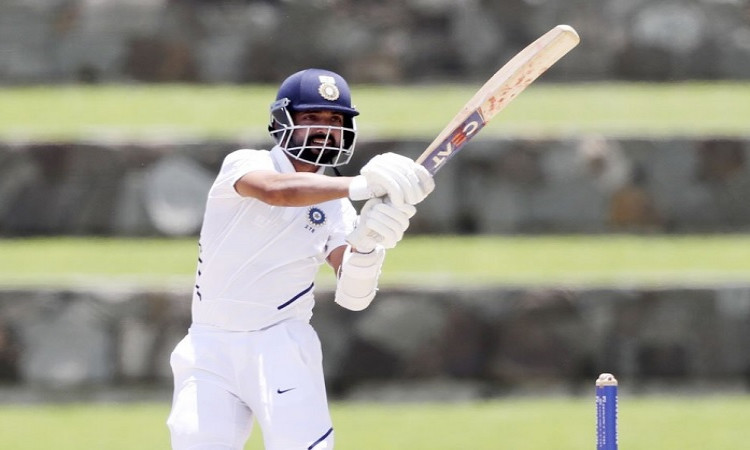 North Sound (Antigua), Aug 23: Vice-captain Ajinkya Rahane rescued India from a precarious situation on Day 1 of the first Test against West Indies in Antigua. Rahane walked in when India were reeling at 25/3 and, together with KL Rahul and Hanuma Vihari, rebuilt the innings. He missed out on a first Test century in over two years when he chopped one on to the stumps off Shannon Gabriel on 81 but Rahane said that he wasn't too bothered about that.

"As long as I am at the crease, I am thinking about my team, I am not a selfish guy," he said in a press conference after the day's play on Thursday. "So yes, I am not too concerned about the hundred as I thought 81 on that wicket was really crucial as we are now in a decent position. As long as I am contributing for my team, (that) is what matters. Yes, I was thinking about my hundred but the situation we were in - 25 for 3 - was tricky. As I have said, I just thought if I could contribute for my team. I am not too concerned about my hundred as that will come automatically.

"It (the knock) was important as we were playing a Test match after a long time, nearly seven months (vs Australia in January) and I wanted to hang in there, play as many balls possible and take my team to a good position."

Rahane said that the wicket was a tricky one in the beginning of the innings because of which he and Rahul were not thinking too far ahead. He said that it was important at the time to preserve their wicket and the run rate was not something they were considering.

"At the start of our innings, the wicket was tricky. It was a bit sticky (spongy bounce) and there was sideways movement. Throughout the day, they bowled pretty well. What was important was to have a partnership going and still be positive in our intent. The partnership with Rahul was crucial at that situation. We were not thinking too far ahead. The motive was to play one ball at a time and take it on from there.

"Roach bowled pretty well. In international cricket, you have got to respect your opponents. The (first) spell that Kemar Roach and Jason Holder bowled, we had to respect that and still be positive. I thought that communication was really good between me and Rahul and we backed each other well," said Rahane.

Although Rahul was eventually dismissed on 44, Rahane found another able partner in Hanuma Vihari. The pair put up 82 runs for the fifth wicket.

"Vihari is a guy who has got lots of runs in Ranji Trophy and first-class cricket, and he knows how to bat in these situations," Rahane said. "So all these guys, who play a lot of India A games know how to bat in these conditions in five-day games. So I thought Vihari's approach was pretty good, not only here but even in Australia."