Not really thinking too far ahead: Rayudu 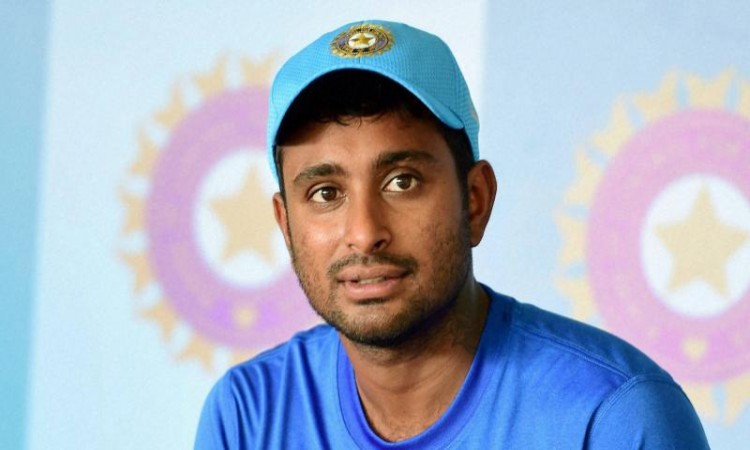 Visakhapatnam, Oct 23 - With just 17 One-day Internationals (ODI) to be played till the 2019 ICC World Cup in England and Wales, newly anointed India's No.4 Ambati Rayudu on Tuesday said the responsibility of batting in the middle order isn't something "new" for him and that he is not looking too far ahead.

"I don't think it is new for me as I have been batting in the middle order for long. There is nothing new that they have asked me to do," Rayudu told reporters on the eve of the second ODI against the West Indies here on Wednesday.

"To be very honest, I am just focused on this series at the moment and not really thinking too far ahead," he added.

The 33-year-old, who amassed more than 600 runs for 2018 Indian Premier League (IPL) champions Chennai Super Kings, however, was dropped from the ODI squad headed for England earlier this year for failing the mandatory yo-yo test.

But the Hyderabad batsman has since made it clear that he has nothing against a strict fitness benchmark.

"I have been working on my fitness right from my injury. I don't think yo-yo test had any bearing on how I was preparing or how I was going about my fitness," he said.

"Even now I am going to the NCA, there is a small pocket of free time for a week and I am happy that I cleared the test.

"I think even before the IPL, it's not that I was not in contention. It's just that I had few injuries. IPL was good platform to come back strong, especially on my fitness," he added.

But with India's top three -- opening duo of Shikhar Dhawan and Rohit Sharma, and No.3 Virat Kohli -- in red hot form, particularly in the first ODI against the Windies in Guwahati, where both Rohit and Kohli smashed big hundreds in India's 8 wicket win, the Indian middle order is yet to be tested.

Rayudu, however cautioned the hosts against any complacency as he believed the tourists can bounce back in the other games of the five-match rubber.

"It's just one game (the first ODI in Guwahati), I think they bowled really well and it's just that Virat and Rohit batted brilliantly. They will pose a good challenge in the coming games," he said.