No Reason To Panic For DC After SRH Loss, Says Coach Ryan Harris

Having suffered their first defeat of this IPL season against Sunrisers Hyderabad in their last encounter, Delhi Capitals will be looking to bounce back from the result when they take on Kolkata Knight Riders on Saturday. 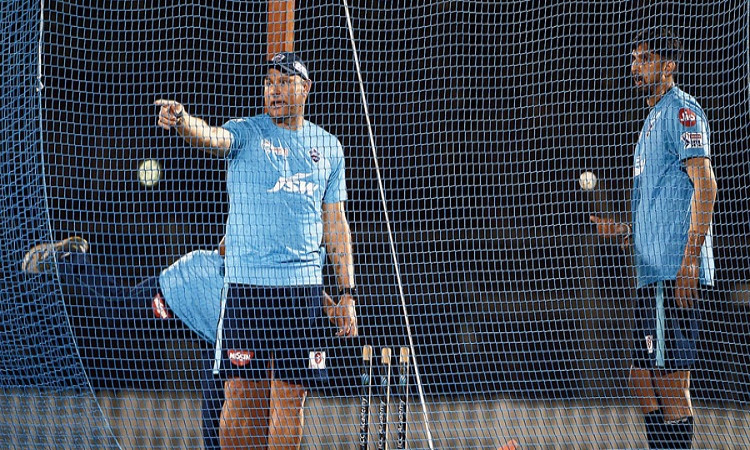 Delhi Capitals' bowling coach Ryan Harris believes his team was not at their best in their last match and is not in a panic situation at all. "Coming off an unlucky loss, we just weren't at our best for that game against the Sunrisers Hyderabad. But, there's no panicking by any means," he said during the pre-match virtual press conference on Friday.

"When you look back at it, a couple of balls during our bowling were a little bit of a miss, and they (SRH) probably ran better between the wickets, we didn't run as well. But 15 runs is not a huge gap," said Harris on the 15-run loss against Hyderabad.

Talking about his team's opponents on Saturday against whom the Delhi Capitals have played 23 times - winning 10 and losing 13 matches, Harris said they are expecting a good match against KKR.

"They (KKR) are a pretty good side and are playing good cricket, with some huge players. We are in the middle of the research at the moment to find out how we're going to bowl to them, and face their bowlers," said Harris.

Delhi Capitals will also play at the Sharjah Cricket Stadium for the first time this season and Harris is expecting a high-scoring encounter. "Obviously, it's a new ground for us and games there have been pretty high-scoring, so it's the other element we are looking at, at the moment," expressed the former Australian pacer.

Providing an update on Ravichandran Ashwin's injury, Harris said, "He's doing excellent. He had a really good session last night with the ball, bat and in the field. So he might be available for selection for tomorrow, but we are still waiting for our medical staff's confirmation this evening."

Harris was also asked to comment on the visible tough competition in the initial few matches of IPL 2020 to which he replied: "Coming into the tournament, everyone was saying the same thing that there are no clear favourites this season. I think the competition this year is probably the closest that I can remember and I've been involved in a few seasons overall."

"I think everyone is virtually sitting on the same points, it is going to be close. The games that come down to the wire are the ones you need to win to make sure you're in those playoffs spots or in the top-two positions," he added.

With two wins each, Kolkata Knight Riders will take on Delhi Capitals in the 16th match of IPL2020 on October 3 at the Dubai International Cricket Stadium. Darain Shahidi brings to you the Match Preview, Pitch Report, Interesting Trivia and Records, Expected Playing XI and much more in the special IPL 2020 Series - The Cricket Show Powered By @Adda52 in association with Dailymotion #IPL2020 #RCBvRR #darainshahidi #preview

Posted by Cricketnmore on Friday, October 2, 2020