New Zealand vs Bangladesh will be up against each other in the third match of the T20I tri-series on Sunday, October 09. 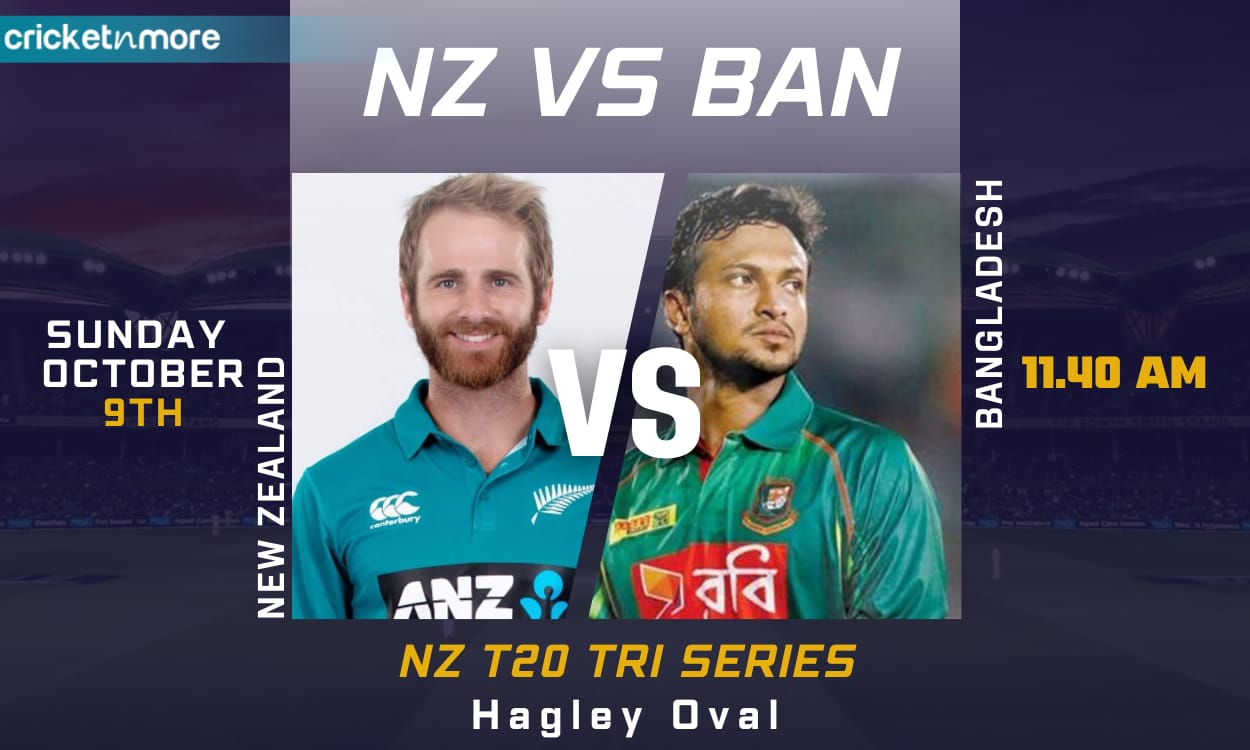 New Zealand vs Bangladesh will be up against each other in the third match of the T20I tri-series on Sunday, October 09.


Jos Buttler: I Am 100 Per Cent Fit For Series Against Australia, T20 World Cup

New Zealand and Bangladesh will encounter each other in the third match of the tri-nation series on Sunday, October 09. Both teams lost their opening match so this will be a must-win match for the two sides.

Bangladesh lost its first match against Pakistan by 21. Under the captaincy of Nurul Hasan, the team failed in batting and bowling.

Chasing a par total of 167 runs against quality Pakistan bowling, the team was restricted to 146/8 which resulted them a loss in the opener.

Bangladeshi batter Liton Das (35 off 26), and Yasir Ali (42 off 21) were the only scorers who were able to put in some runs in Bangladesh's run chase. Afif Husain (25) was the third top scorer for the team.

On the other hand, New Zealand lost the game against Pakistan by six-wicket where the Kiwi batting struggled to middle the ball, Devon Conway and Kane Williamson struggling for fluency during their 61-run partnership off 52 balls. However, Mark Champman showed intent as he scored a quickfire 32 of 16 balls, which helped the Kiwis to put a respected total on board.

Conway played a slow inning of 36 runs in 35 balls and his companion Williamson partnered him for the second wicket and also batted with a sluggish pace and scored 31 of 30 balls.

With the bowl, New Zealand tried to manage some early wickets and put some pressure on opponents. Blair Tickner grabbed two wickets, Boult and Southee got one wicket each but the rest of the Kiwi bowlers weren't able to take down any batter which resulted in their loss of six wickets.

NZ vs BAN: Where to watch?

New Zealand vs Bangladesh, the 3rd match of the tri-series will be broadcasted by Amazon Prime Video.

Martin Guptill is likely to get placed in the playing XI in place of out-of-form Glenn Phillips.

With a better record and favorable home conditions, New Zealand will play as the favorite to win the clash against Bangladesh.