June 19 (CRICKETNMORE) New Zealand skipper Kane Williamson won the toss and opted to field against South Africa in their World Cup 2019 group game at the Edgbaston Cricket Ground on Wednesday. 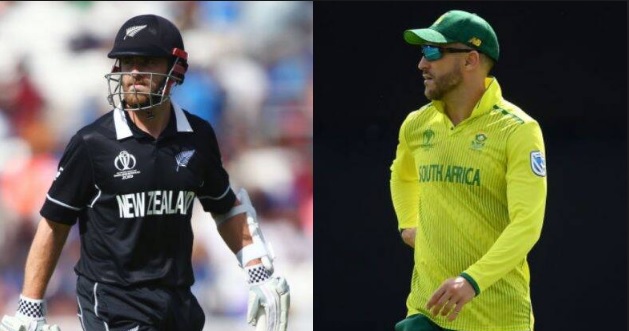 While the unbeaten Black Caps remain unchanged for the clash, South Africa -- who have managed just one win from five games -- replaced Beuran Hendricks with pacer Lungi Ngidi.

Speaking at the toss, Williamson said: "We are going to bowl. Same side for us. The guys are ready to go. We thought about Sodhi, but stuck to the same team for this game. The past record against South Africa is irrelevant."

South Africa skipper Faf du Plessis said: "We would have bowled as well. There is a bit of blue sky, hopefully the ball will come on nicely to the bat. The previous game was really good, there was real intensity from the team. Hopefully we can do something similar today. Lungi (Ngidi) is back for us. It's another big game for us (smiles)."