New Zealand opt to bat against India in WC semi-final 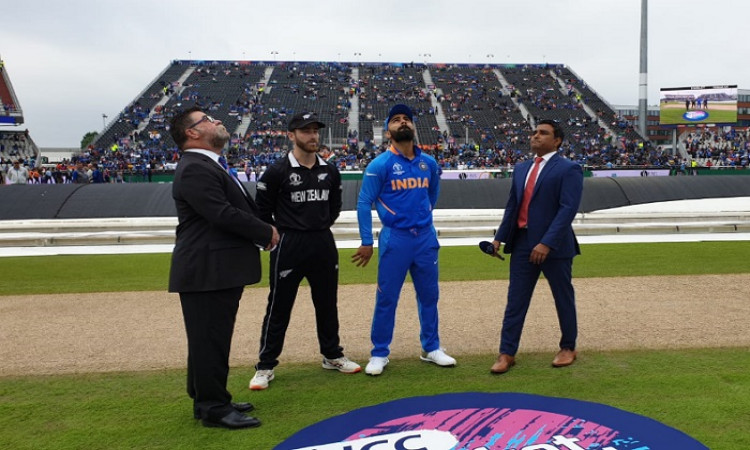 July 9 (CRICKETNMORE) New Zealand skipper Kane Williamson won the toss and elected to bat against India in the first World Cup semi-final on Tuesday at the Old Trafford.

New Zealand have made one change in their line-up -- Lockie Ferguson comes in place of Tim Southee.

India have also made one change to their playing XI which featured against Sri Lanka. Yuzvendra Chahal has been included in place of Kuldeep Yadav.

"We're going to bat. It looks like a good surface. We have played a number of games here. A toss-up with the overheads, but it'll be around all day, so we need to get the job first up. We are used to the routine, but we have a great opportunity to put up a good performance against a side like India. Ferguson comes in for Southee," said Williamson after winning the toss.

"We would've batted first as well. It's a fresh wicket, nice and hard, and not moist. A bit of rain around as well, the ball will get wet as the game goes on. It could remain decent throughout the game. It's going to remain similar throughout the course of the game.

"We've played really good cricket in Manchester, two good games, and it's about focussing on the basics. We need to remember why we are in the semis. Chahal comes back in for Kuldeep Yadav," said India skipper Virat Kohli.